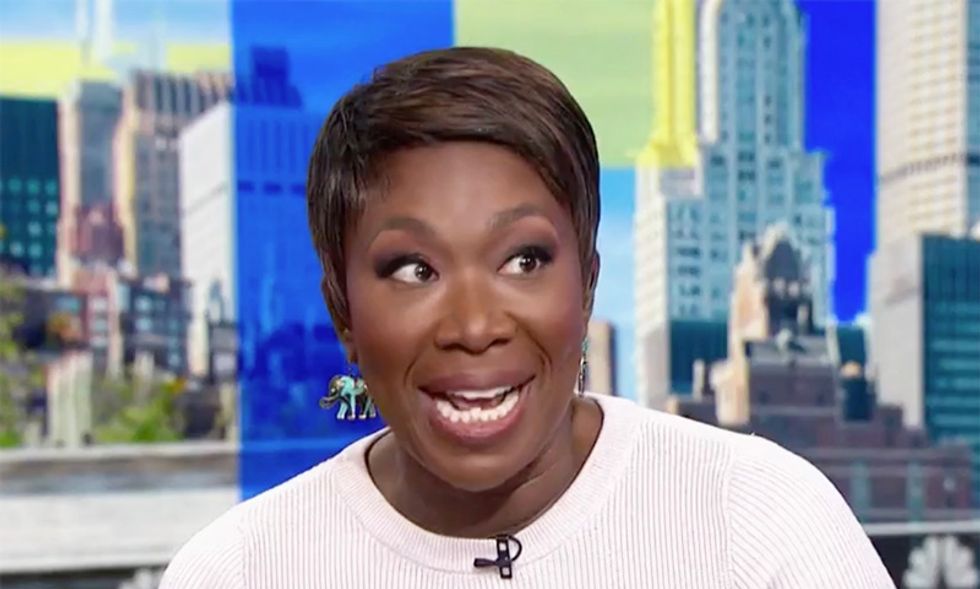 An MSNBC panel on Donald Trump's shocking admission that he had planned to hold secret meetings with the Taliban at his Camp David retreat reached several conclusions on Sunday morning, including saying his plan to force the hand-over of Afghanistan to the Taliban would amount to a "surrender."

As part of an "AM Joy" panel discussing Trump's Twitter admission on Saturday night that he had canceled a "secret" meeting with Taliban leaders, The Beat DC founder Tiffany Cross quipped the bigger secret is that Trump might be the "secret Muslim president" rightwingers claimed Barack Obama was.

"Do you expect to hear outrage from Lindsey Graham?" host Reid asked Cross.

"It is kind of ironic. maybe it turns out Donald Trump is the secret Muslim president that they feared Barack Obama was," Cross joked as the panel laughed. "Where is the outrage from the right? I don't understand this, the scary thing from all of this. This should be breaking news banners all across the country."

"I wonder what Fox News is talking about," she continued. "We talked about this on Friday, trying to cover this administration, it's like trying to catch confetti, there is so much. The challenge is foreign policy, there are so many people removed from 9/11, so you go to his rallies and you ask these MAGA people, 'tell me the difference of Taliban and Al Qaeda?' I doubt they can do this."

"I fear what will happen with the president having access to the [nuclear] codes," she added. "This is crazy because he puts it out there for us to see."