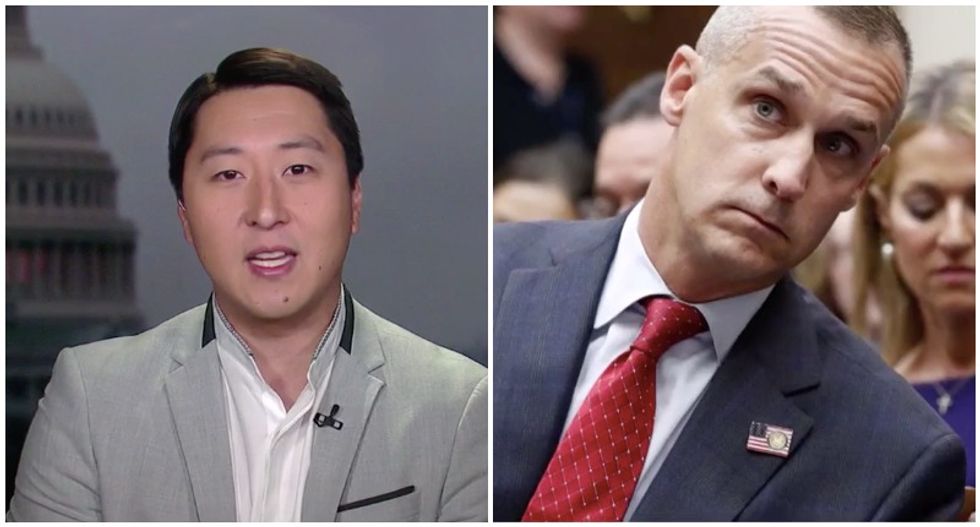 Lewandowski turned the House Judiciary Committee hearing into a "circus," Brzezinski said, and panelists agreed he unlawfully claimed executive privilege, and a former Republican House staffer said he should have been charged with contempt of Congress.

"He was a mini Trump," Brzezinski said. "You can speak to Corey Lewandowski in real life, and often you can see someone who doesn't seem like Trump. In front of the cameras, he was playing for an audience of one. He was rude, he was insolent, he was stonewalling and, ultimately, being revealed to be a liar after being shown that he went on a national TV show, Ari Melber, it's not like a camera was shoved in his face, and he chose to lie to the American people."

"That's what we discovered yesterday," she added. "It was a circus, but we learned something about Corey Lewandowski and his ability to lie to the American public for the president of the United States."

"This was what was so frustrating to me watching the hearing unfold yesterday, as someone who used to spend years of my life helping choreograph hearings like this," said Bardella, who became a Democrat after Trump's inauguration. "I can tell you back in the Republican (majority) days if we had had a witness who was this hostile, who was downright disrespectful, we would have held him in contempt of five minutes of that proceeding."

"I really don't understand what House Democrats are doing at this point," Bardella continued. "We're nine months into this new majority, it seems to me they are caught off guard when they have a hostile witness from the Trump administration who's unwilling to be cooperative to their investigation."

Bardella said that makes no sense, because it should be understood that Trump associates will not be truthful and forthcoming.

"They're sitting up there perplexed that the guy's not answering their questions," he said. "We know about the Trump people -- they lie, whether you're the White House press secretary, whether you're Kellyanne Conway -- they lie."

"So the idea that somehow the biggest revelation coming out of this hearing is that Corey Lewandowski went on MSNBC and lied, if that's the biggest revelation this hearing was a complete failure," Bardella added, "because their job was to try to get new information to bring to life the Mueller report, and they weren't able to do that because they were unprepared for the level of hostility that they're getting from Corey. I don't know why they were unprepared for that."