Trump uncorks bizarre rant on 'clean coal' in Oval Office: 'When you talk minerals, it's about digging' 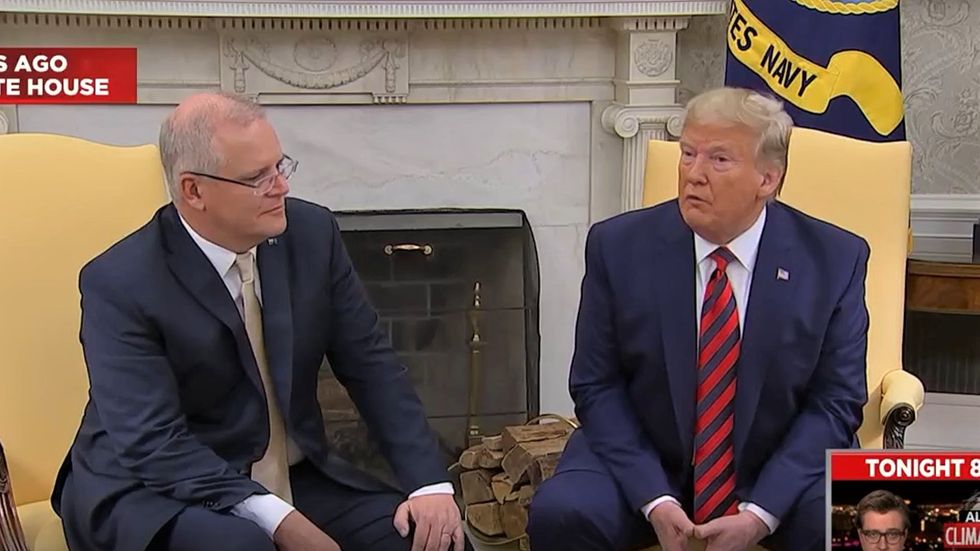 President Donald Trump on Friday uncorked a strange and nonsensical rant about the virtues of so-called "clean coal" during an Oval Office conversation with Australian Prime Minister Scott Morrison.

When asked about the importance of Australia's mineral industry, the president praised the country for doing so much to extract resources in what he described in an environmentally friendly way.

"Coal, as an example, you're the leader of safety in coal digging and we've actually studied it," the president said. "We're doing a lot of coal. You have very little -- you have almost no -- used to have a thing, black lung disease, and in Australia you almost don't have it anymore, you've got all of the dust down."

After Morrison touted technological progress that has helped the environment, the president again jumped in with a non-sequitur about digging.

"Environmentally, I have to say -- and environmentally, the things they've done environmentally with digging. Digging is a, uh, you know, when you talk minerals it's about digging. What you've been able to do with the environment having to do with taking minerals out of the ground, including and I would say even especially because you're leading on coal... your record is so good in terms of illnesses from digging."