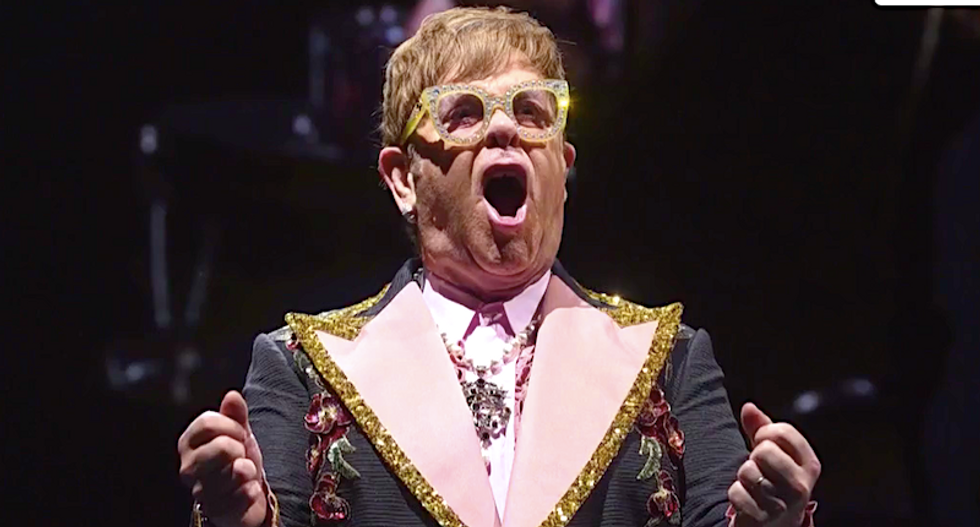 The rock legend reportedly rejected his longtime fan's invitation to perform at his January 2017 inauguration, and Trump has bitterly fixated on breaking John's attendance records at arenas where he holds campaign rallies.

"The saddest part of this story was when Donald Trump asked his staff members had anybody been writing about the Elton John attendance records that he supposedly broke," Scarborough said. "They said no, and he was angry and upset for days about that, also claiming that it was one more example of how, in the immortal words of Rodney Dangerfield, he don't get no respect."

"It was known on the campaign plane during the 2015-2016 campaign that he would play Elton John at eardrum-rupturing decibels on the plane," Lemire said, "sometimes late at night when staffers were trying to sleep coming back to New York late from an event in Wisconsin or Michigan, wherever it may be, and he would play Elton John loudly on the plane, in part, because he thinks sleeping is a sign of weakness, according to staffers that were subjected to 'Tiny Dancer' again and again and again."

"On a personal note," he added, "as someone who has covered more than a hundred rallies on the campaign and since, the Elton John stuff is a major part of a playlist. But 'Funeral for a Friend' is one song on the playlist I haven't gotten tired of. I still really like it."

"This is a sad story because the president clearly has been jilted by Elton John," he said, "and maybe they should play 'Candle in the Wind' because of the end of this relationship."