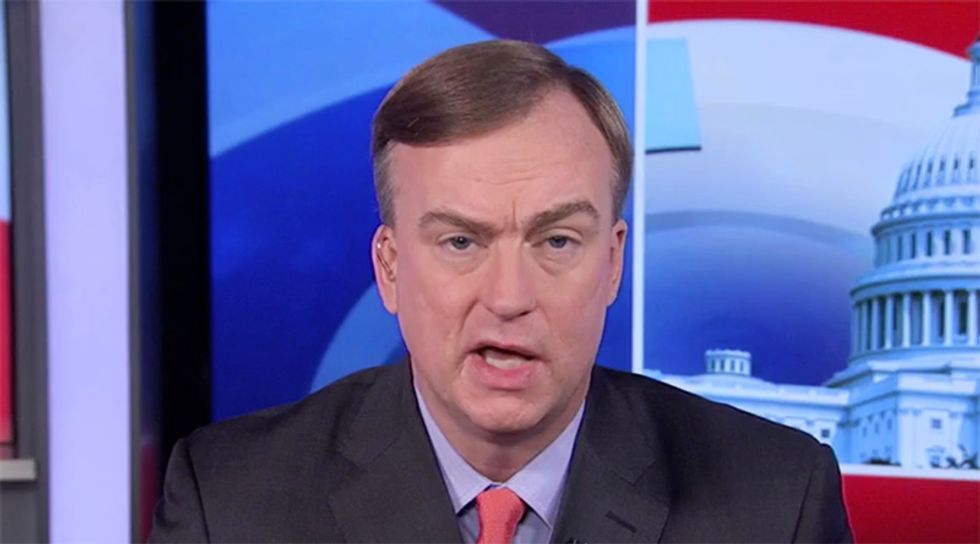 Appearing with MSNBC's Stephanie Ruhle, a former National Security Council staffer under President George W. Bush knocked down Donald Trump's claims about his scandalous call with the president of Ukraine where he reportedly offered military aid in exchange for opposition research on former VP Joe Biden.

With the president asserting that people other than the whistleblower were aware of his comments and didn't object, former presidential special assistant Michael Allen, said that would be unlikely.

"That is not necessarily true," Allen explained. "In the White House, there are people listening in on the conversations, properly, for the purpose of taking notes. A greater number of people see transcripts. But I don't think it is the case that, just because one person came forward, that others wouldn't or couldn't corroborate that story."

"This will set up another yet another constitutional showdown between the rights of the Congress and the president's privileges, vis-a-vis communications, and what we call executive privilege."

"These things seem to happen weekly in the Trump administration," he dryly added.