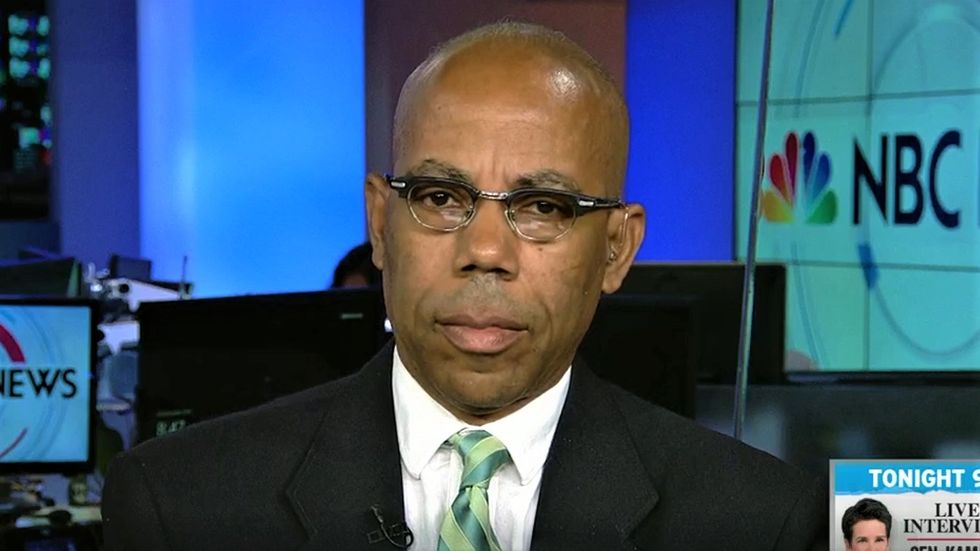 Gregory Cheadle, a black former Republican who attended a Trump rally in 2016 and was infamously praised by then-candidate Donald Trump as “my African American," appeared on MSNBC on Monday to explain why he can no longer support the GOP.

Cheadle said that he doesn't believe the president flat-out hates black people like former KKK leader David Duke, but he does believe Trump has what he described as a "white superiority complex" that only makes minorities feel the system is rigged against them.

Cheadle was also asked to identify what his breaking point was when it came to sticking with the GOP. He replied that there was not one specific instance, but he did point to Trump's remarks about "very fine people" marching at the Charlottesville neo-Nazi rally in 2017, his attacks on NFL players kneeling in protest during the national anthem, and his declaration that four Congresswomen of color should "go back" to their home countries as particularly noxious examples.