Ukraine envoy Volker bailed on Trump due to the 'mess' Giuliani created and he can expose more details: Ex-CIA official 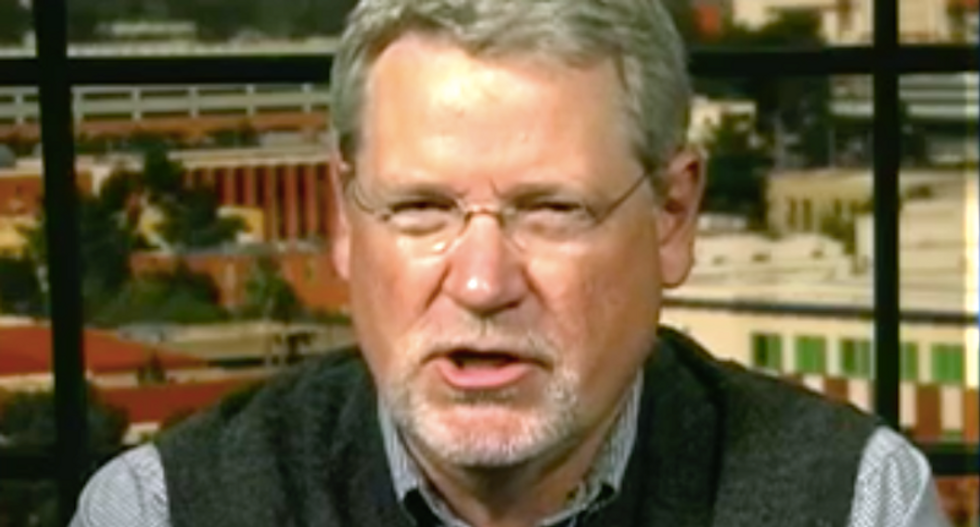 On CNN Saturday, former CIA Russian operations chief Steve Hall walked through the situation Volker now finds himself in — and what he must do.

"We know Volker will be questioned next week by the House Foreign Affairs Committee," said anchor Christi Paul. "Do you believe that he'll incriminate Giuliani, and is this a big loss?"

"This is a really complicated story, I think, for a lot of viewers," said Hall. "It happens in a very far-flung part of the world. Ukraine, which is in an existential position with Russia, which of course really wants to absorb the entirety of Ukraine, they already cut off a chunk of the country when they took [Crimea]. So the United States is really the primary force that allows Ukraine to remain as a country in Europe. We are the ones who are supporting them against Russia, or at least that's what should be doing and that's what we had been doing for a number of years. Guys like Volker and other professionals like the former Ambassador Ivanovich was fired by the president, are, I think, a positive influence in terms of the expertise and understanding of how complicated that region is."

"But clearly, with Giuliani's involvement and president saying what he did to the newly elected, very inexperienced president of Ukraine, it seems to me — and hopefully we will hear from him to discuss further what his thinking process was — it seems to me he just said 'Look, this is kind of a mess and I don't know that I want to be a part of it.' We'll find out whether there's any more of that or what he's willing to say about the work he was doing either with Giuliani, or perhaps around or despite Giuliani. We need to hear more from him about that. It will be very interesting to see what he says."