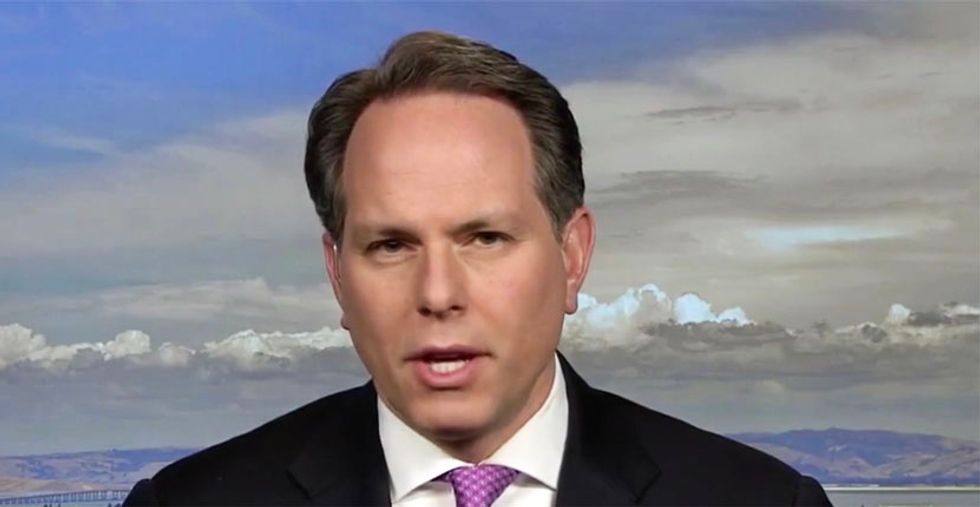 President Donald Trump could be charged with committing three federal crimes if the whistleblower reports involving the White House seeking campaign interference from Ukraine are correct.

MSNBC "Deadline: White House" anchor Nicolle Wallace interviewed Jeremy Bash on Friday -- and worried about the safety of the whistleblower.

"The stakes could not be any higher, the risk to his career -- or her career -- and reputation and perhaps legal standing could not be any higher for this whistleblower. That's why we’re glad to be joined by national security analyst, former chief of staff of the CIA and Department of Defense, someone I wanted to talk to about this story all week, Jeremy Bash," Wallace said.

"One is extortion by the president, which is basically using a threat -- a threat of withholding aid to obtain something of value," Bash explained.

"The second crime is conspiracy to engage in extortion between the president and Rudy Giuliani," he continued.

"And third crime is conspiracy to violate federal election law, between the president and Rudy Giuliani, to obtain foreign interference in the United States' election," Bash continued.

Bash also predicted Trump couldn't use the courts to stop the investigation, as that was settled law.

"This isn’t going to turn to the courts, it turns on executive privilege and on July 24, 1974 the United States Supreme Court ruled in U.S. Versus Richard Nixon that a president could not shield those infamous audiotapes if they were potentially evidence of criminal activity by, claiming executive privilege," Bash reminded.