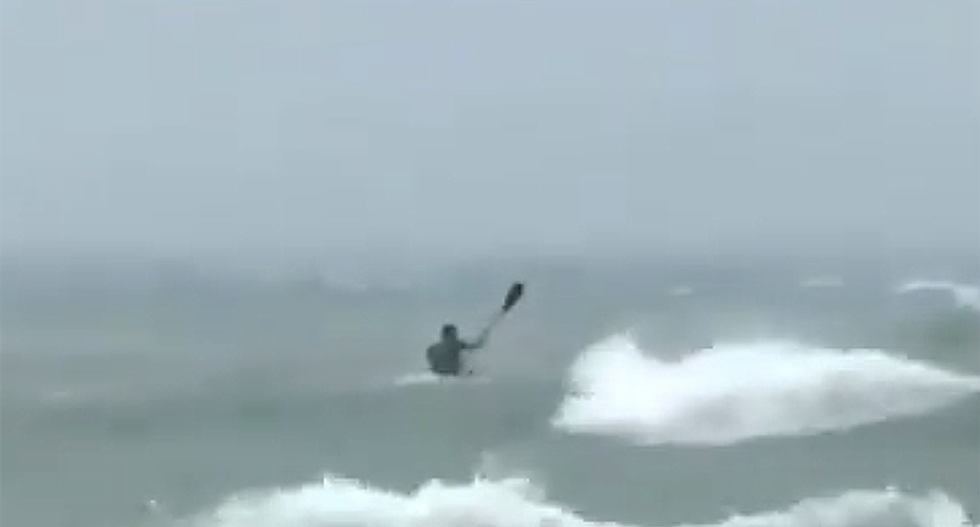 Twitter users are calling out this "moron," who took off on the ocean waters as Hurricane Dorian was making landfall in the Bahamas Sunday.

Resident James Julmis posted the video where he could be heard asking, "Why is this man out there?"

While it's difficult to tell, the man appears to be wearing a lifejacket as he paddles further out to sea with waves crashing over the bow of his kayak.

Others, retweeting the video noting that evacuating an area via kayak is not a safe alternative to highways. One man even asked if the kayaker had a "death wish."

Before hurricanes make landfall, there are sometimes surfers that take to the water to ride ocean waves. It's possible this man was doing that in this case, but it's unclear why he did it during the storm itself.