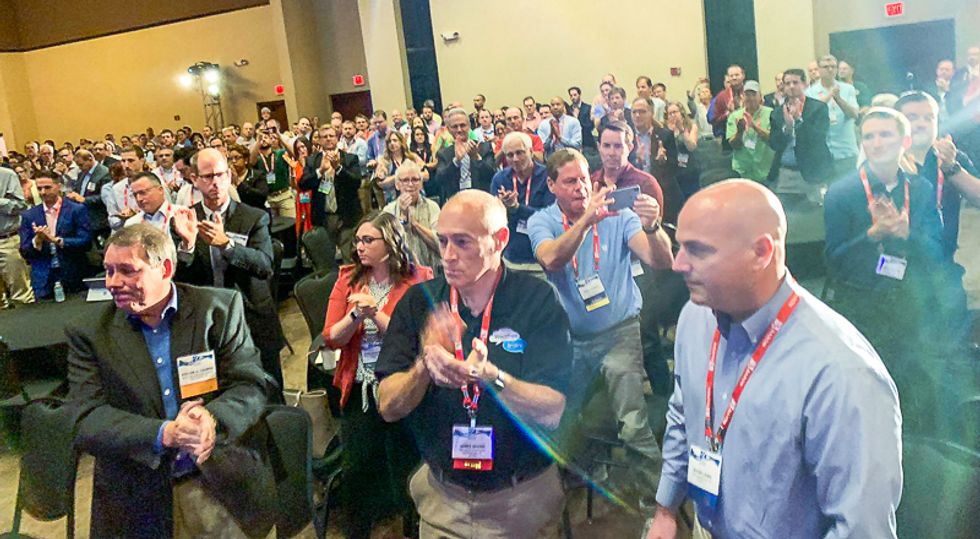 The Associated Press reported that Uccellini said in a statement to the National Weather Association on Monday that forecasters did the right thing by knocking down Trump's misinformation about Hurricane Dorian hitting Alabama.

Uccellini said that forecasters in Birmingham “did what any office would do to protect the public" when they issued the rebuke of Trump.

“They did that with one thing in mind: public safety,” he told the crowd before asking members of the Birmingham office to stand for applause.

Wow! What a powerful moment and moving show of support with a standing ovation for WFO Birmingham. Thank you… https://t.co/cCzCQnF3Ww
— Rick Smith (@Rick Smith) 1568036495.0

Watch the video below from the National Weather Association.