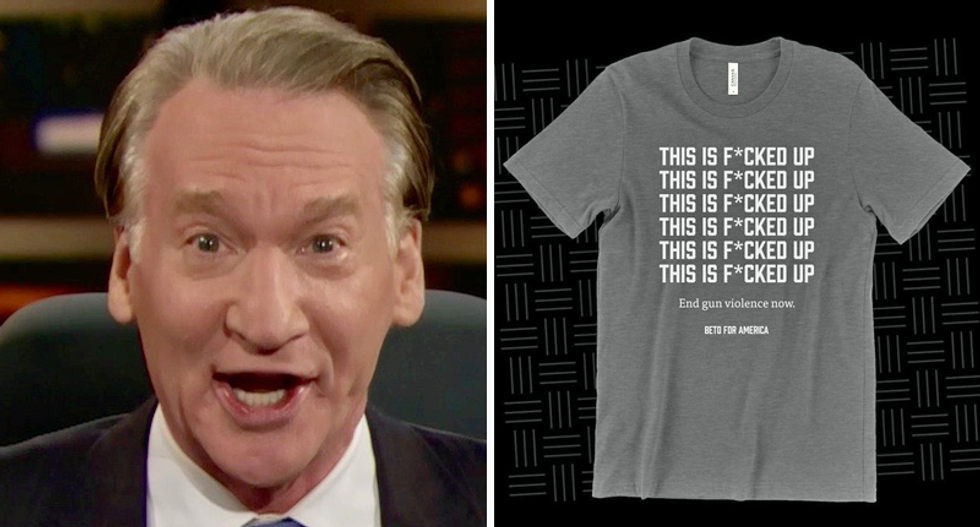 HBO's "Real Time" with Bill Maher imagined the profane T-shirts that could be used by the campaigns of leading presidential candidates.

The topic came up after former Rep. Beto O'Rourke responded to the latest mass shooting in Texas by saying "this is f*cked up" at a campaign rally.

His campaign went so far as to print T-shirts repeating the phrase six times, with the added message of "end gun violence now."

Maher imagined what profane T-shirts from other 2020 hopefuls would look like.

"You're gonna eat this sh*t and you're going gonna like it," the shirt said.

Next up was Sen. Amy Klobuchar (D-MN).

"Vote Klobuchar or she'll throw a f*cking binder at your head," her shirt said.

The shirt for Sen. Kamala Harris (D-CA) highlighted her state.

"Kamala: California's Senator, not some jagoff congressman from who gives a sh*t," it stated.

And they weren't the only candidates receiving the treatment.