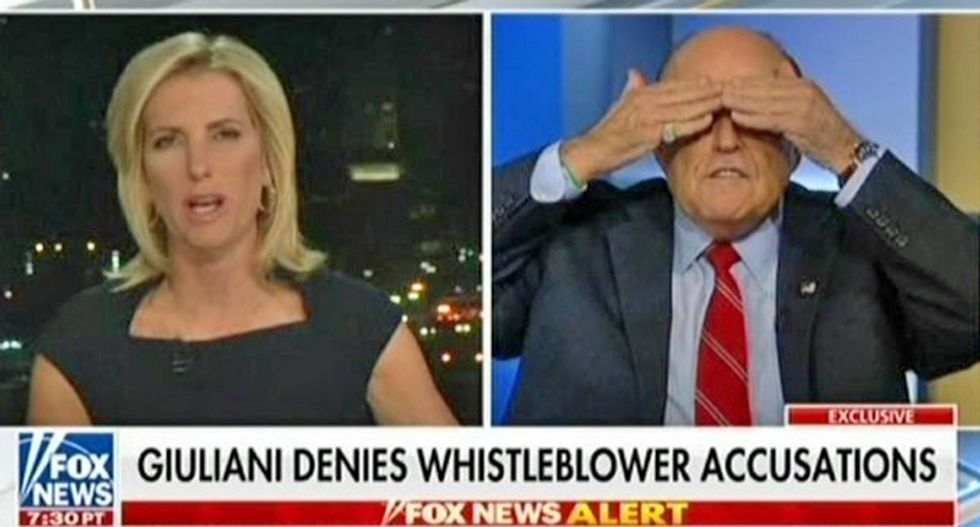 Donald Trump defense attorney Rudy Giuliani went on Fox News on Thursday evening and defended himself -- while throwing his client's presidential administration under the bus.

Giuliani, the former mayor of New York City, may have personal legal and professional liability for his role in the Ukraine scandal at the heart of the impeachment inquiry into Trump.

He was interviewed on Thursday by Laura Ingraham on Fox News

He argued that he was not in trouble because he was just following orders from State Department special envoy Kurt Volker -- indirectly implicating Secretary of State Mike Pompeo in the scandal.