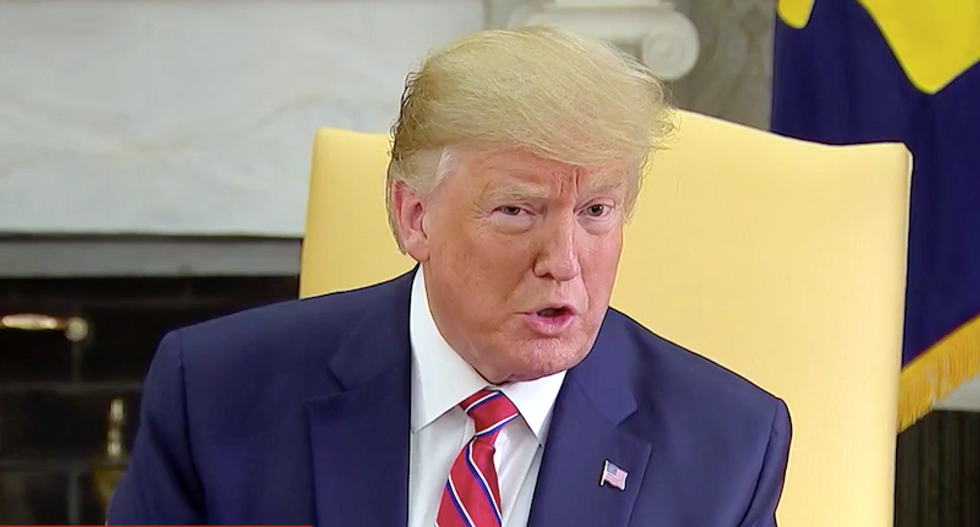 On Wednesday, President Donald Trump announced he will move to ban flavored e-cigarette products from the market after a rash of deaths allegedly linked to vaping — likely a sensible precaution, but one that the president did a bizarre job of explaining in conversation with reporters.

"We have a problem in our country," said Trump. "It's a new problem, it's a problem nobody ever really thought about too much a few years ago, and it's called vaping. Especially vaping as it pertains to innocent children. And they're coming home and they say, 'Mom, I want to vape.' And the parents don't know too much about it, and nobody knows too much about it, but they do know it's causing a lot of problems."

Leaving aside the imagery of "innocent children" coming home and asking their parents to vape, Trump is right that children using e-cigarettes, and the way that flavored products uniquely appeal to children, are significant public health concerns. That being said, "nobody knows too much about it," is a common refrain Trump uses when he himself doesn't understand an issue.