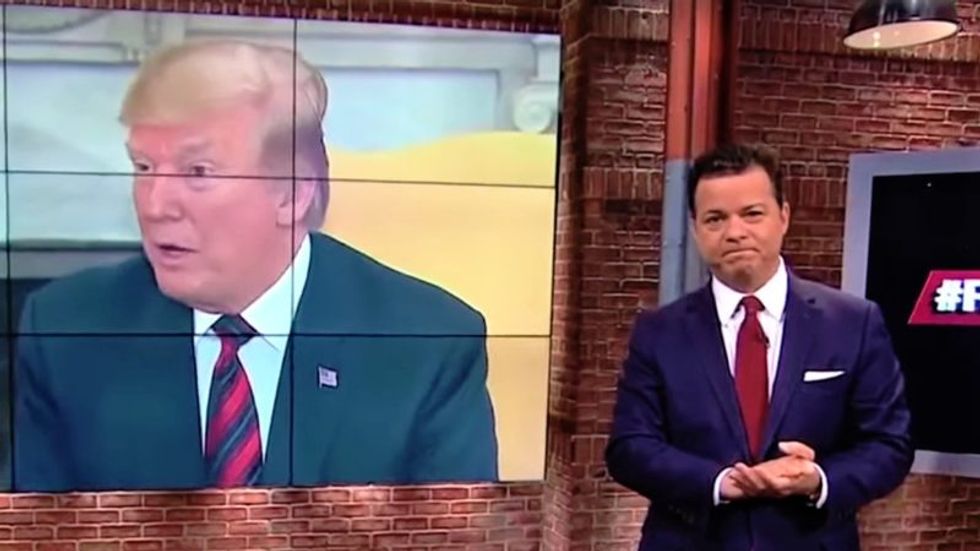 President Donald Trump this week claimed that would never be stupid enough to say something inappropriate to foreign officials when he knew that all of his calls were being monitored.

However, CNN's John Avlon on Friday went down the president's long history of making inappropriate comments to foreign leaders, including times when he spilled important intelligence secrets.

Avlon began by noting that Trump has repeatedly cast aspersions on the intelligence community, including when he infamously said that he didn't believe Russia tried to help him win the 2016 election despite multiple intelligence assessments showing just that.

He then played a clip of Trump saying that his own FBI director is "wrong" to claim that it would be inappropriate for him to solicit dirt on political opponents from foreign governments.

Avlon then went on to document even more damaging Trump intelligence scandals.

"How about this: The president welcoming the Russian ambassador and foreign minister into the office, where he reportedly spilled intelligence about ISIS so sensitive that most of our allies aren't even allowed to know about it," he said. "But wait, there's more! Trump told [Philippines President Rodrigo] Duterte that there were two nuclear missile subs parked off the coast of North Korea... he taunted Iran about their recent failed missile launch, possibly revealing what kind of spy satellite technology we have and how we use it."