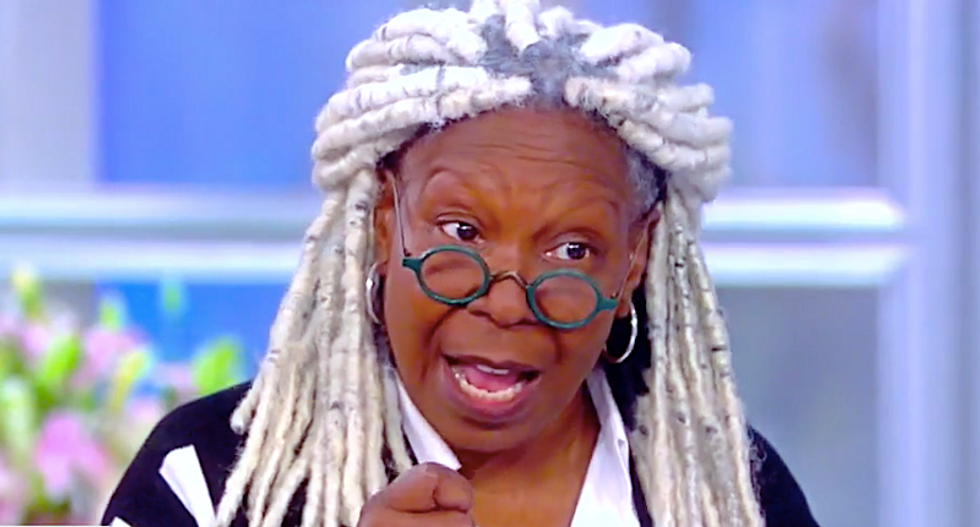 The show's panelists discussed former Trump campaign manager Corey Lewandowski's testimony before the House Judiciary Committee, which co-host Abby Huntsman denounced as a "total embarrassment for democracy," and Goldberg said it was even worse than that.

"Even if you start to impeach him, he's there for the next two years," said Goldberg, who was wearing a wig from her upcoming role in Stephen King's "The Stand." "It's going to take that long. Look how long it took to impeach (Bill) Clinton."

"I'm just saying, you know, at this point, you need to just clean out some of the folks that are sitting there because this is against the law," she continued. "This is not America, you cannot break the law in America. You cannot say, 'I'm above the law,' because basically we're a lawless country right now, and if you don't see it, it's because your eyes are closed."

"Open your eyes, because this affects everybody," Goldberg added. "This is all of us. If this goes bad for here, this goes bad in our country, it's -- it's going to be a show."