'Why is he lying?' MSNBC's Morning Joe and Mika bust Trump's 'bizarre' claims about Iran meeting 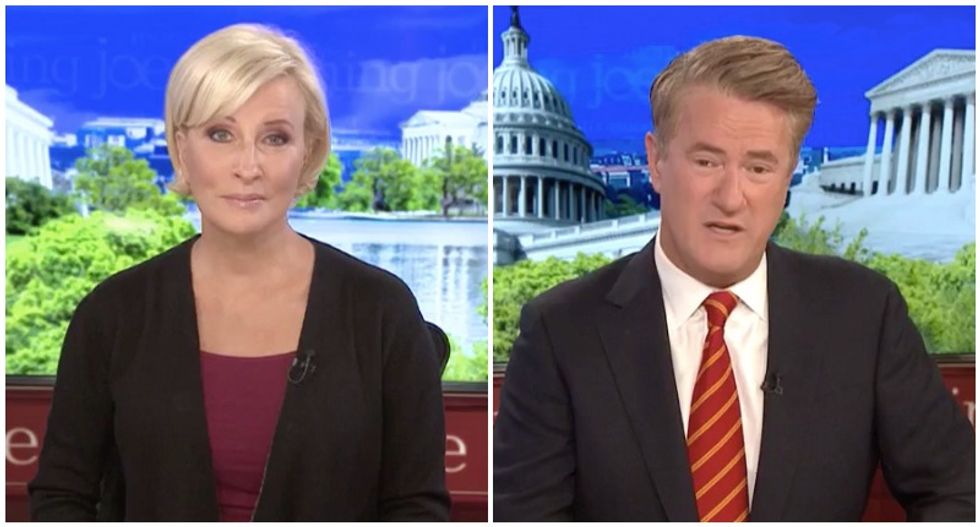 The president strongly suggested that he would commit U.S. troops to a strike on Iran on behalf of Saudi Arabia, which the "Morning Joe" hosts found puzzling, to say the least.

"That is bizarre," Scarborough said.

"What?" Brzezinski added. "He's waiting for word from, he needs word from someone -- a dictator?"

Brzezinski said the president had previously used the "locked and loaded" against North Korea, and similar language against Iran, and then the MSNBC hosts rolled video of Trump and some of his top officials directly contradicting his tweeted denials about the terms of meeting with Iran.

"Wow, he really got the fake news, didn't he?" Scarborough said. "Well, let's see if the president and his friends ever said he was going to meet with Iran with no pre-conditions. Roll the tape."

The video shows Trump himself, along with Secretary of State Mike Pompeo and Treasury Secretary Steve Mnuchin, repeatedly saying the president would meet with Iran without conditions, and Scarborough wondered why he was trying to deny that now.