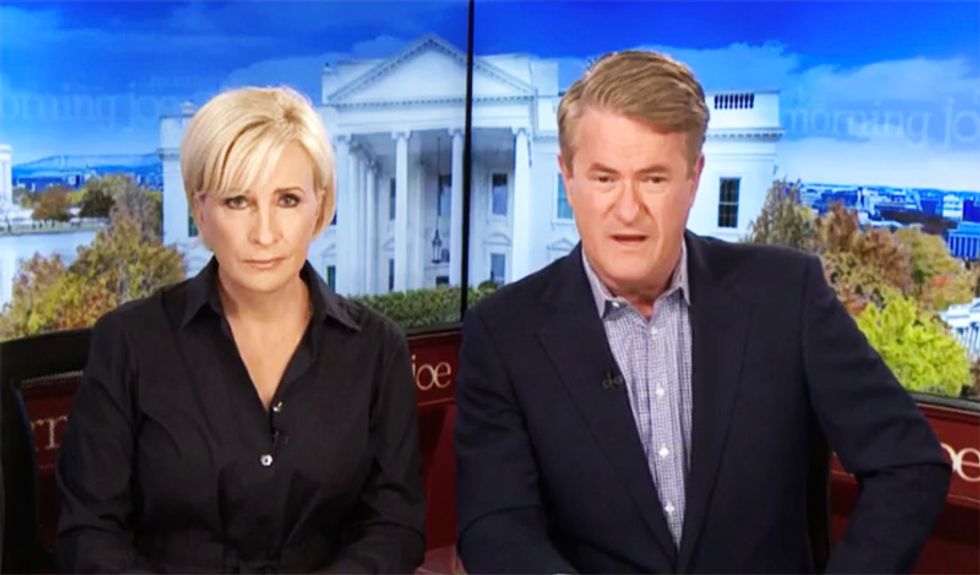 Reacting to the news about the slaughter of Kurds in Syria by Turkish forces that is the direct result of Donald Trump's decision to withdraw U.S. troops, MSNBC host Joe Scarborough said the president's claim that things are going well show he is either "lying or stupid."

The Morning Joe host could barely get his words out as he harshly criticized the president for empowering ISIS -- who have joined in the fight along with elements of Al Qaeda -- after he claimed that he had defeated them.

Noting the president is expected to issue a statement on the turmoil, Scarborough ranted, "The president, who is lying or stupid, will give us some insight on that later on today when he says the Turks and the Kurds are fighting and we shouldn't get in the middle of it."

"Now Donald Trump has removed American troops and now is cheering, basically, Al Qaeda and ISIS working alongside with Turkey to help ISIS," he said with disgust. "It's just unspeakable, to help ISIS basically rebuild their caliphate and to ethnically cleanse the very people that helped destroy the caliphate."