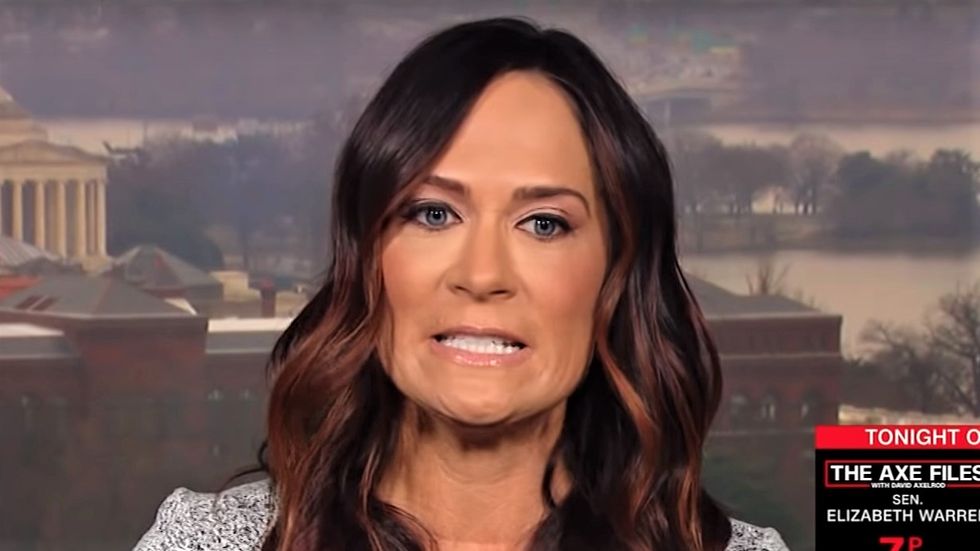 Over the weekend, former White House chief of staff John Kelly said that he believed Trump would not have been impeached if he were still in charge, as he would have prevented the president from trying to pressure the Ukrainian government to investigate his political rivals.

Grisham responded to this with a furious statement accusing Kelly of being "unable to handle the genius of our great president."

CNN's John Avlon reacted to this by comparing Grisham to the kind of press flack we normally see in totalitarian regimes.

"That's straight out of the Politburo!" he said. "That's sort of auditioning for North Korea."

Host John Berman then said that we shouldn't let Grisham's absurd statement detract from what Kelly revealed over the weekend: Namely, that Trump apparently needs adult supervision to prevent him from committing impeachable offenses.

Avlon then added that the Mueller report documented how all of Trump's attempts to obstruct justice only failed because his subordinates disobeyed his orders.