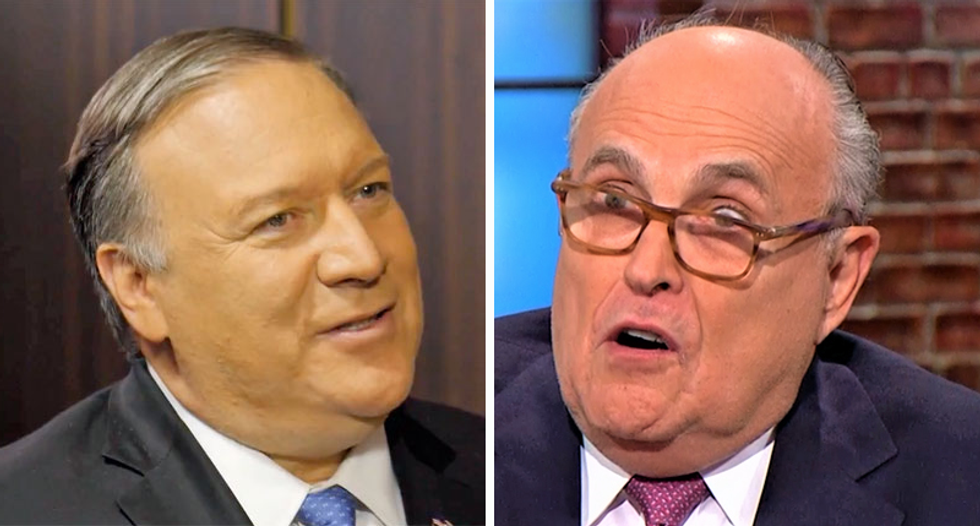 America's top diplomat was scorched for "the destruction of U.S. diplomacy" in an editorial published by The Washington Post on Wednesday.

"Secretary of State Mike Pompeo claims to be defending the 'dedicated professionals' at the State Department and the policy they have pursued in Ukraine. The truth is pretty much the opposite," the editorial board wrote.

"Pompeo stood by while President Trump and his personal lawyer twisted Ukraine policy to their own ends, and he enabled their vicious attack on the State Department’s ambassador in Kiev. Now he is trying to obstruct her and other professionals from telling their stories to Congress," the editorial explained.

"Mr. Pompeo did nothing to stop Mr. Giuliani from allying himself with some of Ukraine’s most corrupt figures to peddle false stories about Mr. Biden, as well as conspiracy theories about Ukraine’s role in the 2016 presidential election. One of those tales — that the hacking of the Democratic National Committee was done not by Russia, but by Ukrainians — is a classic piece of disinformation that serves Vladi­mir Putin’s campaign to undermine Ukraine’s pro-Western government," the newspaper reminded.

"Mr. Pompeo listened on July 25 while Mr. Trump pressed Ukrainian President Volodymyr Zelensky to investigate that theory as well as the false story that Mr. Biden sought the removal of a Ukrainian prosecutor to protect his son," The Post noted. "He listened while Mr. Trump slandered the former U.S. ambassador to Ukraine, Marie Yovanovitch — a dedicated Foreign Service professional — whose tour in Kiev Mr. Pompeo had cut short."

The newspaper urged "other State Department professionals should not hesitate to tell Congress the truth about how Mr. Pompeo enabled the destruction of U.S. diplomacy."