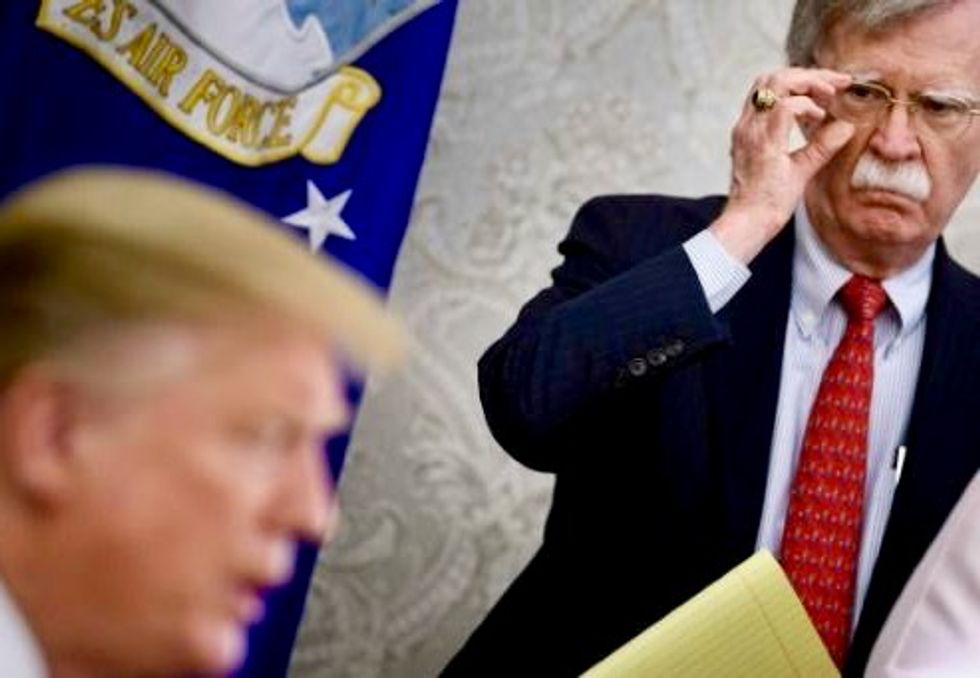 It wasn’t just the whistleblower.

That’s the major takeaway from a new Washington Post report, which detailed the panic and alarm in the White House surrounding President Donald Trump’s warped policy toward Ukraine. This scandal has led to an invigorated impeachment inquiry. Republicans have tried to discount a whistleblower’s complaint about the Ukraine matter — which has been overwhelmingly supported by evidence that has since become public — by attacking the still-anonymous person as partisan and out to get the president. By contrast, the new report paints a picture of widespread opposition to the president’s actions within his own White House.

Four, and possibly more, national security officials in the White House were concerned about Trump’s actions, according to the report, both before and after the president’s now-infamous July 25 call with Ukrainian President Volodymyr Zelensky. In the call, Trump strongly indicated that U.S. assistance to Ukraine could be contingent on Zelensky giving him what he wanted, specifically: investigations into the 2016 election and former Vice President Joe Biden.

Those concerns soared in the call’s aftermath, officials said. Within minutes, senior officials including national security adviser John Bolton were being pinged by subordinates about problems with what the president had said to his Ukrainian counterpart, Volodymyr Zelensky. Bolton and others scrambled to obtain a rough transcript that was already being “locked down” on a highly classified computer network.

“When people were listening to this in real time there were significant concerns about what was going on — alarm bells were kind of ringing,” said one person familiar with the sequence of events inside the White House, who, like others, spoke on the condition of anonymity to discuss a sensitive matter. “People were trying to figure out what to do, how to get a grasp on the situation.”

The fact that the transcript was concealed — inappropriately, it seems — on a specialized server has drawn scrutiny from House Democrats as a potential coverup. The White House would later release a rough transcript of the call under congressional and public pressure following news about the whistleblower’s complaint.

Officials’ concerns were amplified, the report said, by the input of Ambassador to the EU Gordon Sondland, whose involvement in the scandal was exposed in a series of damning text messages released as a part of the investigation. Sondland, those texts show, was a key part of the team working to pressure Ukraine to launch the president’s desired investigations, potentially in exchange for congressionally approved military aid.

Amid a broader discussion in which White House officials were encouraging Ukraine to continue its work to eliminate corruption in the country’s energy sector, Sondland blurted out that there were also “investigations that were dropped that need to be started up again,” according to a U.S. official familiar with the matter.

Senior officials understood Sondland’s statement to be a reference to Burisma and Biden. “Bolton went ballistic” after the meeting, the official said. In the ensuing days, senior NSC officials including Bolton and Kupperman huddled over their concerns about Ukraine.

Bolton would shortly thereafter be out of a job at the White House.