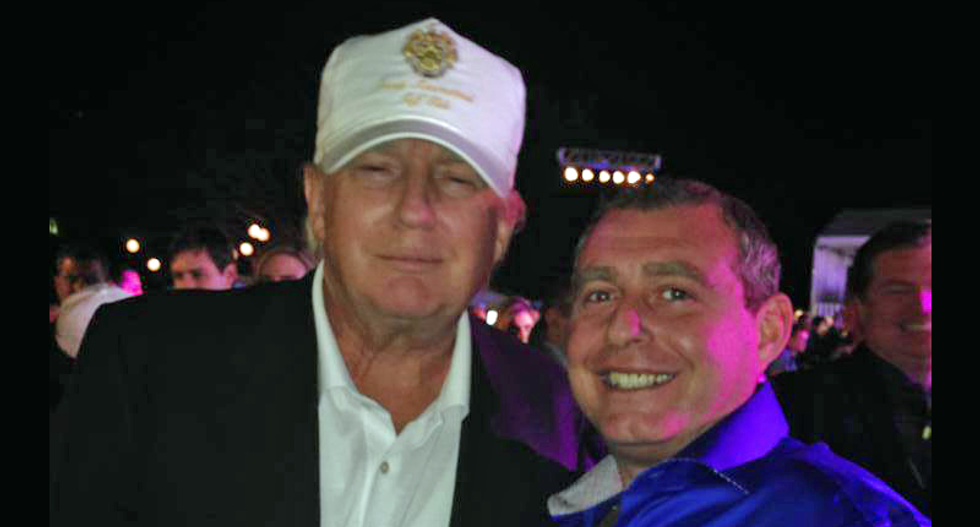 "A photograph of President Donald Trump posing with a recently indicted associate of Rudy Giuliani was posted online in April 2014, two years prior to what had been their first known interaction," Politico reported Saturday. "In the photo, Trump and Lev Parnas stand shoulder to shoulder, smiling at the camera at what appears to be an outdoor nighttime event. Trump wears a white, Trump-branded cap and white shirt under a jacket. Parnas wears a royal blue collared shirt."

The photo was posted to Facebook on April 2, 2014 by Shawn Jaros, also known as Shawn Jarosovich.

Weeks preceeding the meeting, Jaros posted that he was looking forward to meeting "the donald soon":

"Trump has sought to distance himself from Parnas, the Florida businessman at the center of a ballooning scandal over illicit foreign influence in his administration and, more broadly, the American political system. But the photograph and post provide further evidence that the two men are more closely tied than Trump has let on," Politico reported.