California turns off power to millions to prevent wildfires 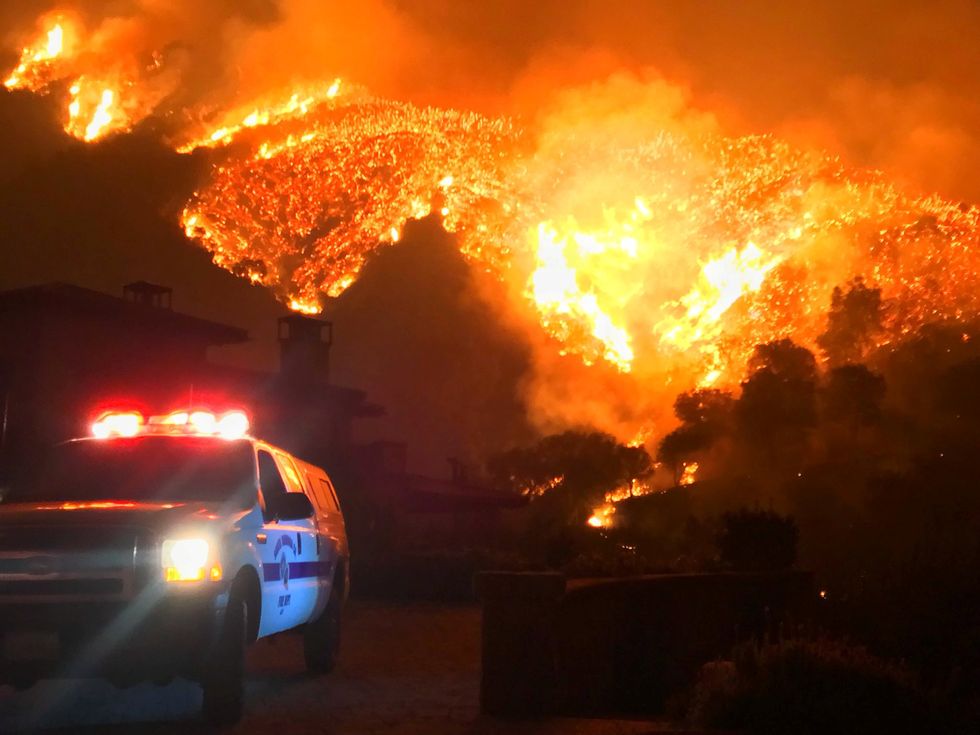 Rolling blackouts set to affect millions of Californians began Wednesday as a utility company started switching off power to an unprecedented number of households in the face of hot, windy weather that raises the risk of wildfires.

Pacific Gas & Electric, which announced the deliberate outage, is working to prevent a repeat of a catastrophe last November in which faulty power lines it owned were determined to have sparked California's deadliest wildfire in modern history.

California governor Gavin Newsom said the "frustration that Californians feel as they deal with the impacts of these power outages is warranted," but that safety was the main concern.

"Our first priority is to protect people and to ensure that communities are safe," he added in a statement.

In last year's inferno, 86 people died and a town called Paradise was virtually destroyed. PG&E has been found responsible for dozens of other wildfires in recent years, too.

This is peak wildfire season in California.

PG&E said the severe weather incident prompting its precautionary shutoffs -- hot, dry conditions and winds gusting at up to 70 mph (110 kph) -- was expected to last through mid-day Thursday in northern and central California.

AFP/File / Josh Edelson On November 11, 2018 a helicopter makes a water drop on the wildfires in the Feather River Canyon, east of Paradise, California

The outages already affecting regions such as the Napa Valley wine country could last up to a week in some places. Some 800,000 customers will lose power, meaning around two million people will be affected in the planned PG&E outages.

The city of San Francisco is not affected by the intentional shutoff but much of the surrounding Bay Area could go dark including parts of Silicon Valley.

Officials in Malibu -- the glitzy home to Hollywood stars, which was also struck by last year's inferno -- said power company Southern California Edison had warned of another possible shutoff in areas from late Thursday through Friday.

AFP/File / Josh Edelson Power lines are seen on November 11, 2018 against a smoky landscape near Pulga, California, east of Paradise, California

Schools and universities closed Wednesday and people stocked up on gasoline, water, batteries and other basics.

"Early indicators are that the campus outage will last up to 48 hours," said University of California Berkeley, announcing all classes were cancelled.

"This cannot be something that can be acceptable nor long-term," Hill told the Los Angeles Times.

"This is third world, and we are not," he added.

Daniel Swain, a climate scientist at UCLA in Los Angeles, tweeted that the power shutoffs were "a necessary bad idea in the short term" that shifts the financial costs from the power companies to the public.

The first part of PG&E power cuts began midnight Tuesday into Wednesday in northern California. It affected more than 500,000 customers there, the utility company said.

The rest of the San Francisco Bay area was to start losing power in waves around noon local time.

A possible third phase could take place later in the day farther south.

PG&E said it expected to start turning the power back on Thursday but can only do so after inspecting its equipment for damage, which could take days in some areas.