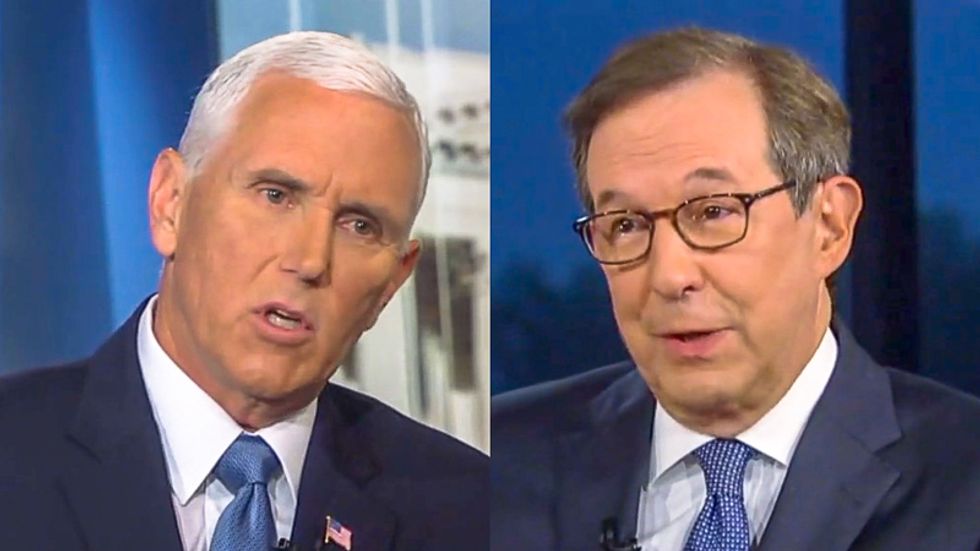 During a Sunday interview with Pence, Wallace noted that Trump admitted that he had not told Democratic congressional leaders about the raid.

"The implication seeming to be that he was worried that Pelosi or members of Congress would leak this," Wallace explained. "Does the president not trust the Speaker of the House with sensitive national security information?"

"I don’t think that was the implication at all," Pence said. "I think from the time that we got actionable intelligence, the president’s total focus here was on a successful mission and the safety of American troops."

"We wanted them to be able to get in and get out, it’s a dangerous mission on the ground," Pence opined. "They went with the resolve in the determination as president to bring al-Baghdadi to justice but they also went with our prayers and I just couldn’t be more proud. When they were wheels up out of country, no American casualties and al-Baghdadi is dead."

"We all applaud that," Wallace replied. "I do want to ask you, it is my job as a newsman, respectfully, why didn’t the president notify Speaker of the House?"

Pence followed up with another non-answer.

"I just want to emphasize the president’s focus here throughout particularly the last several days was on the mission to bring a man who was the most wanted man in the world," the vice president droned, "a man who had brought unspeakable violence through the ISIS caliphate, who was exporting violence throughout the world to justice and that combined with ensuring the safety of our forces coming in from executing the mission and moving out was the president’s directive throughout this effort and I know it animated every decision that he made along the way."

Still refusing to answer the question, Pence added: "Let me also say what a privilege it was for me to be a small part of this in the Situation Room because we mourn with those who mourn and grieve with those who grieve, our hearts are with Kayla Mueller family, but as a Hoosier, I will tell you I remember when Peter Kassig was killed. It broke the heart of the people of Indiana. I spent time with his parents and for me to be sitting alongside a president who brought the man responsible for that justice will be something that I cherish the rest of my life."