CNN's Avlon trashes Trump for degrading the presidency: We left 'normal' a long time ago 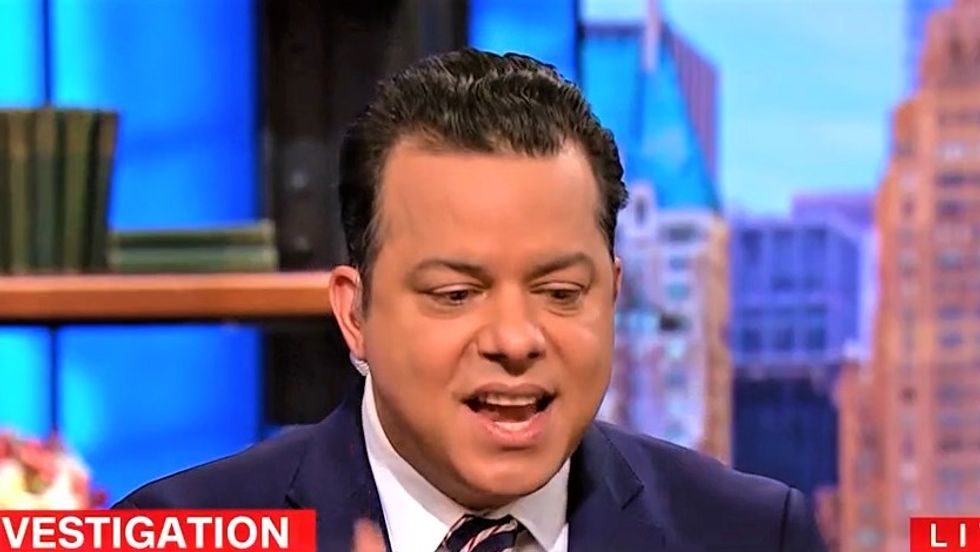 On Wednesday, during a press conference with the president of Finland, President Donald Trump ranted and raved against the impeachment proceedings against him. Trump made references to Secretary of State Mike Pompeo's jock-strap.

As reporters awaited a second Trump event in the afternoon, columnist John Avlon appeared on CNN to criticize Trump for degrading the office of the presidency. He noted that Trump seems increasingly desperate as Democrats close in.

"You're not looking at a president who's acting presidential in any way, shape or form," Avlon said. "In some ways we left normal some time ago but as the pressure is ratcheting up, impeachment is being real he is reacting in a way that recalls banana republics rather than American republics."