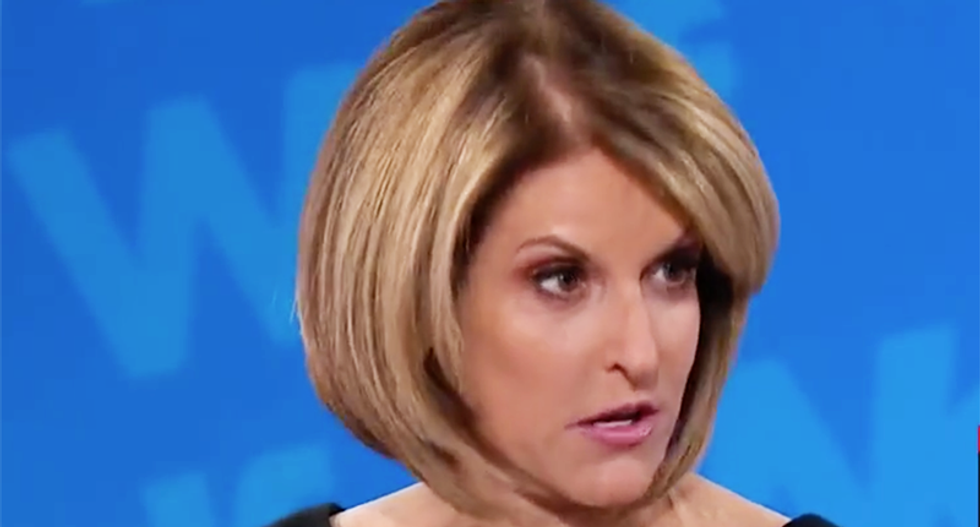 On Monday's edition of CNN's "The Situation Room," political analyst Gloria Borger excoriated President Donald Trump and his Republican defenders for claiming that his solicitation of dirt on former Vice President Joe Biden from China on the White House lawn was just a joke to rile up the media.

"You've got an important column on CNN.com, in which you said the president has tried this routine before," said host Wolf Blitzer. "'If past is indeed prologue, as they say, the joke alibi will remain. After all, it worked before for Trump when staff have had to do clean-up after his outrageous comments or claims. Consider these greatest hits: Remember when candidate Trump said, 'Russia, if you're listening, I hope you're able to find the 30,000 [Hillary Clinton] emails that are missing'? When asked about it by special counsel Robert Mueller, Trump's written answer was essentially 'lighten up.''"

"I happen to have his written answer here, and it says that was done, quote, 'in jest and sarcastically, as was apparent to any objective observer,'" said Borger. "Of course. Of course it was. But that is the excuse, the joke excuse they seem to use for everything. Did you promise pardons to people who might break the law on immigration policy, on building the wall? That was joking. I really didn't do that."

"So they use that time and time again, and over the weekend of course we saw it repeatedly starting with Sen. Marco Rubio who said he wasn't — the president wasn't serious, and just loved to drive you crazy, and then Congressman Jordan, and down the list of people who finally had something else to kind of glom on to as if it made any sense. As if the president was standing there on the lawn and talking to China while involved in trade negotiations. And kind of joking. That is absurd."