Colbert compares Trump to a Scooby Doo villain: 'I would have gotten away with it too if it wasn't for this confession' 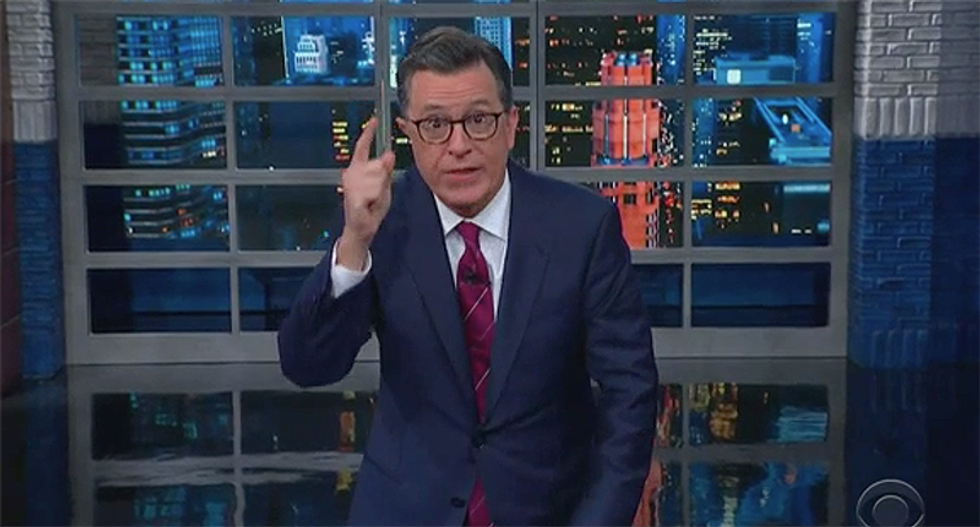 President Donald Trump is in a tough spot as he turns to blame everyone for his own unbelievably foolish admission of guilt.

During his Oval Office press conference Wednesday, Trump said that Rep. Adam Schiff (D-CA) is making up things he never said in the conversation with Ukraine. Unfortunately for him, however, Trump's own White House transcript is all that is needed to assign guilt.

"The only thing that matters is the transcript of the actual conversation that I had with the president of Ukraine," Trump said.

"Yes, all that matters is the transcript!" exclaimed Colbert. "The transcript where the president of Ukraine asks for missiles and you say, 'I would like to ask you a favor though.' It's like a Scooby-Doo villain saying, 'I would have gotten away with it too if it wasn't for me releasing this signed confession. Here I'll rip off my own mask! I'm old man McGinty!'"

Colbert went on to mock Trump for saying that he knew various intelligence agencies" listen in on his international calls.

"Yes, from various intelligence agencies -- the Saudis, I think, are on there, I believe the Chinese have me bugged pretty good, but not Russia. I just forward them the transcripts directly," Colbert said doing his Trump impression.

"And he kept insisting that his phone call was perfect, and that the document that proves he's guilty doesn't say what we all see that it says," Colbert said before showing another clip of Trump bragging about the "exact transcript," which actually says at the top that it isn't an exact transcript.

Once Trump finds out that the so-called "exact transcript" fully indicts him, he'll quickly change his tune that the transcript isn't an exact one and is missing important context that would exonerate him completely.