Committee Democrat: Trump is 'impeaching himself by his own words and by his own actions' 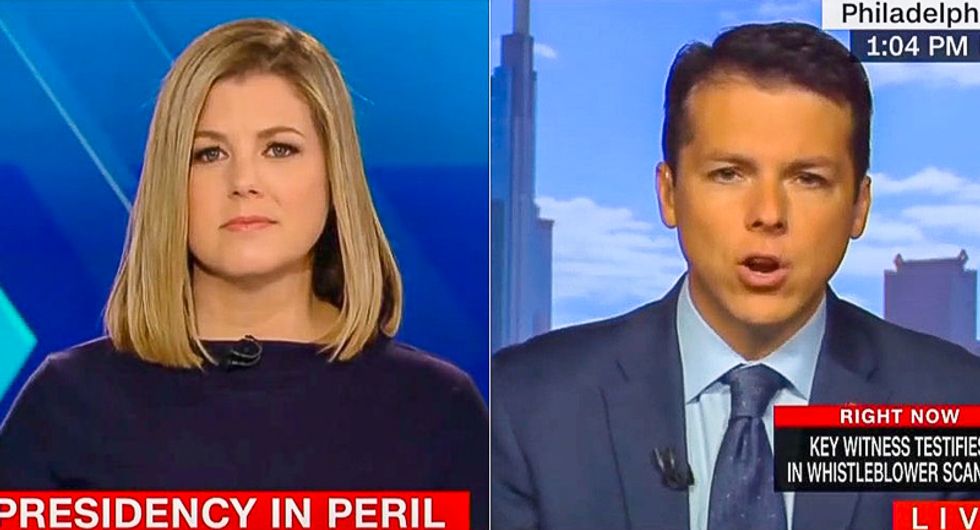 Boyle, a member of the House Ways and Means Committee, made the remarks after Trump told reporters on Thursday that he wanted both China and Ukraine to open investigations into political rival Joe Biden and his son Hunter.

"It’s not just a matter that I think it, it’s that President Trump in his own words is linking these things," Boyle told CNN. "We already have that in the [Ukraine] call, linking the aid and the purchasing of further javelin missiles."

"Then we have this morning when the conversation turned to trade," he recalled. "Thirty seconds after the president saying that he has an incredible number of tools to deal with China on trade, literally 30 seconds later, if you look at the transcript, the president then said he believes that China should open an investigation into vice president Biden."

Boyle added: "And by investigation, we mean just basically come up with any sort of dirt, manufactured or not, to help Trump in his campaign. So the president basically is impeaching himself by his own words and by his own actions."