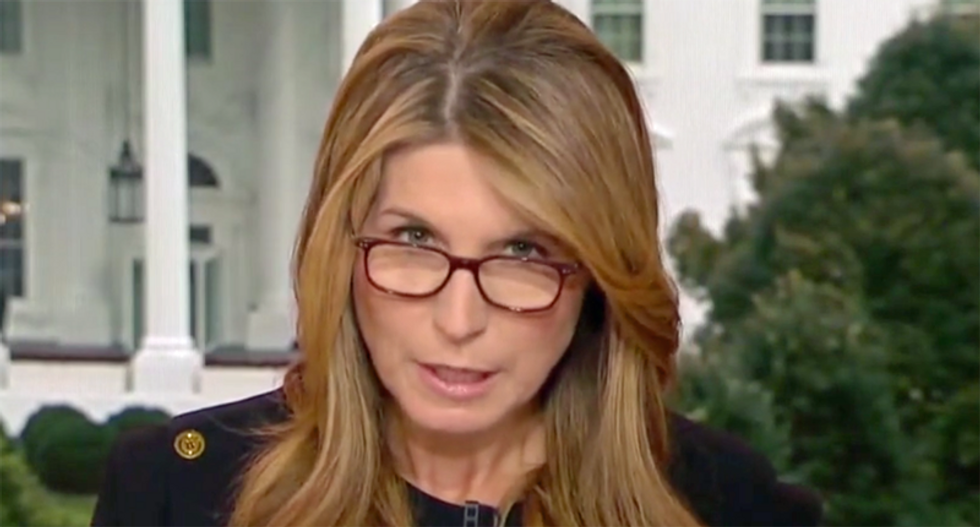 The host reported, "today more high-level Trump Administration insiders are testifying on Capitol Hill under subpoena and drawing the line directly to Donald Trump and his demand for dirt on his political rivals in the fast-moving scandal."

"Today’s witnesses in the impeachment investigation expect it to paint a damning picture of what increasingly seems to amount to abuse of power from the president. The president’s lawyers sought to block the testimony of today’s witnesses, Catherine Croft and Christopher Anderson. Both of them hailed from the National Security Council and worked as advisers to former Ukraine envoy Kurt Volker."

Wallace reported on the "damning cacophony of incriminating testimony up on Capitol Hill today. In an unexpected twist Donald Trump’s hand-picked Ambassador to Russia John Sullivan testified as part of his confirmation hearing and broke with the president on whether it was appropriate to seek political dirt on rivals from foreign leaders."

"He acknowledged being aware of Giuliani’s efforts in Ukraine. And in doing so, Sullivan draws Secretary of State Mike Pompeo ever closer to the events in question," she noted.

As she was describing the mounting evidence collected from testimony, she broke the news that former National Security Advisor John Bolton is scheduled to testify before Congress on Thursday, November 7th.