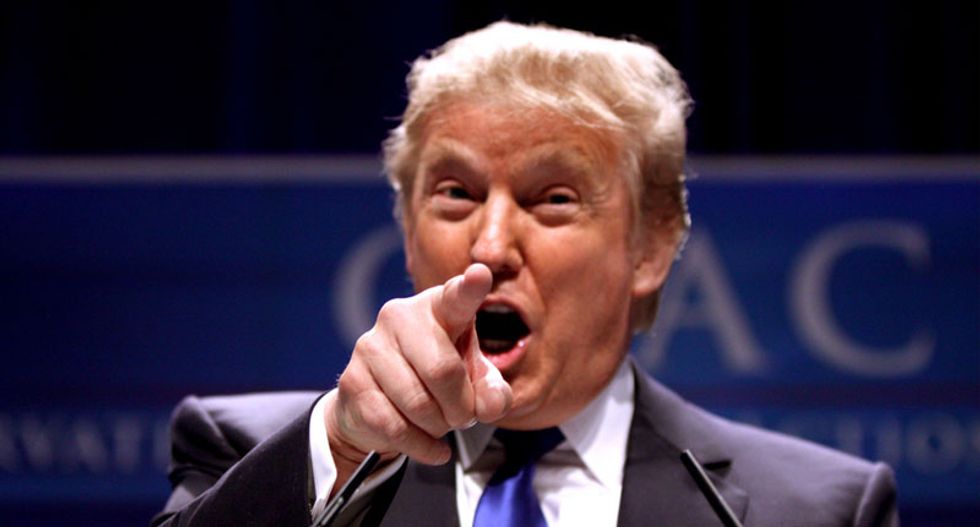 "He is parroting conspiracy theories that have been cultivated on Fox News, many of them debunked. Does truth just not matter anymore?" Lemon asked.

"What is happening?" the host asked Wajahat Ali.

"This is like a Dictator Playbook 101. You first attack the truth, Don Lemon. You attack all the institutions. You say, I am your leader, trust me and only me," he explained. "Whoever is critical against me, they are the enemy. Does that sound familiar? Because he says that the press is the enemy of the people."

"You just saw Ron Johnson, senator, Republican -- who by the way knows better because he sits on the Senate Homeland security committee, and in 2016, he’s the one who wrote a bi-partisan letter asking then-president of Ukraine to crack down on corruption," he continued. "So actually that senator has actually bolstered Biden and the Democrats and debunked the conspiracy theory, because he has himself said that Biden and western allies were putting pressure on Ukraine to go against the prosecutor general, who was not going against corruption, right? But then you saw the Faustian bargain right there. How so many Republican men and women have sold out their honor, their dignity, and I will say their country for Trump."

"He is repeating a deep state conspiracy theory. That’s QAnon. By the way -- and this is what is really serious -- the FBI, according to a Yahoo document, that they uncovered, is saying QAnon and conspiracy theories like the one mentioned by senator Johnson, about this deep state, about law enforcement against Trump, is now a domestic terror threat. They’re saying leading up to 2020, they feared that these conspiracy theories will mobilize individuals and groups to violence like the pizza-gate conspiracy theory of 2016. Remember that when that guy showed up with a gun in D.C. because he thought Hillary Clinton and Democrats had a child sex ring in a D.C. Pizzeria? That’s what we’re dealing with, and QAnon now is at Trump rallies and deep state conspiracies are spouted by Republican senators," Ali concluded.