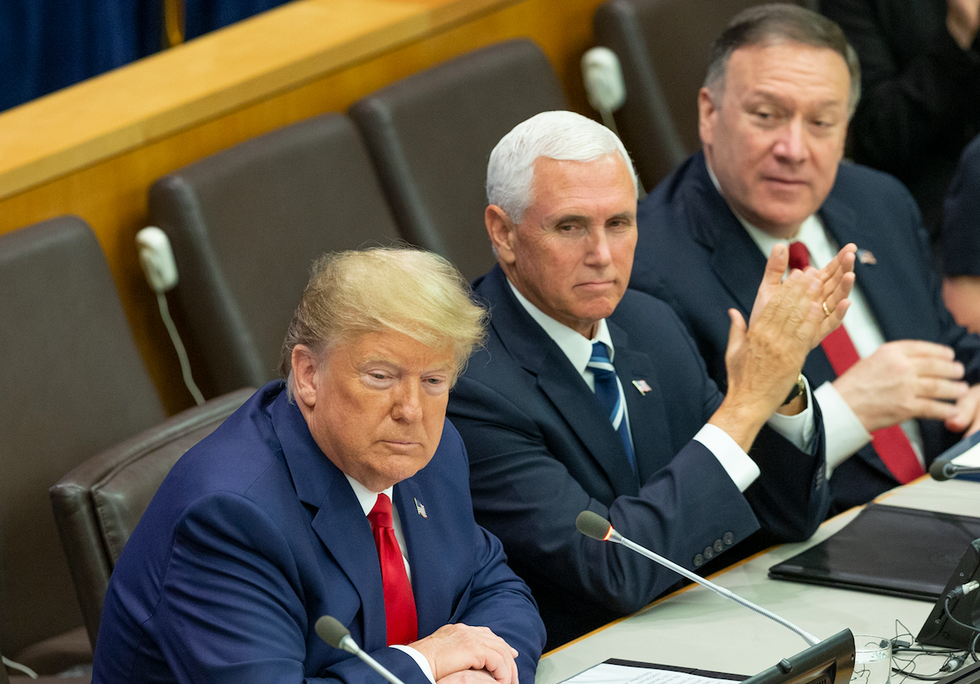 Christopher Anderson, who was an advisor to U.S. envoy to Ukraine Kurt Volker, is testifying on Capitol Hill this Wednesday in the ongoing House impeachment inquiry.

In a prepared opening statement, Anderson claims that senior White House officials blocked the State Department from releasing a statement condemning Russia's military action in Ukraine back in November of 2018.

"On November 25, 2018, Russia escalated the conflict further when its forces openly attacked and seized Ukrainian military vessels heading to a Ukrainian port in the Sea of Azov," Anderson's statement read. "While my colleagues at the State Department quickly prepared a statement condemning Russia for its escalation, senior officials in the White House blocked it from being issued. Ambassador Volker drafted a tweet condemning Russia's actions, which I posted to his account."

As NPR points out, Anderson also says then-national security adviser John Bolton "cautioned that Mr. Giuliani was a key voice with the President on Ukraine which could be an obstacle to increased White House engagement."

You can read Anderson's full statement over at NPR.