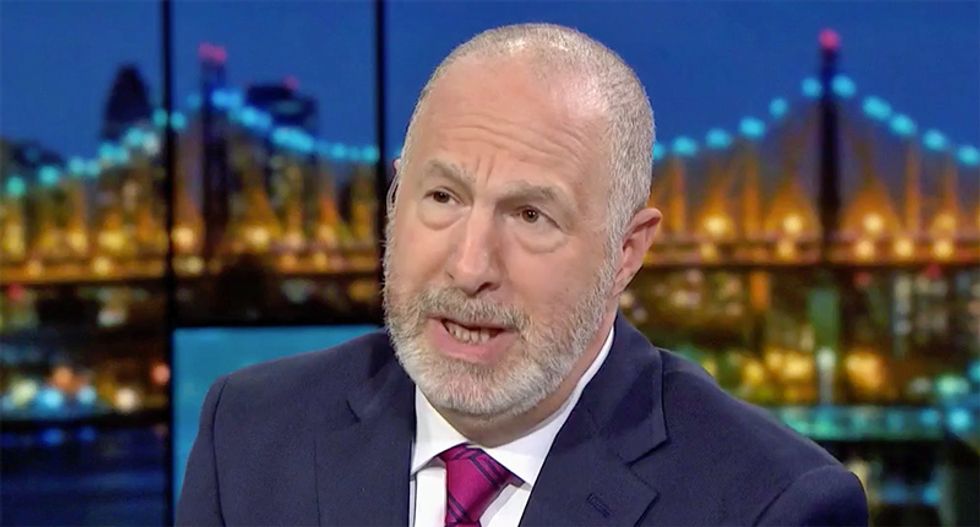 "Why does this matter, this area of the law?" asked Cuomo.

"This was a statute enacted in the 1930s in response to pro-Nazi German elements of the United States, engaged in subversive propaganda activities so that the U.S. people or lawmakers when confronted with content, whether lobbying or an op-ed, can make an informed assessment based on who the real party is behind it," explained Laufman. "If it's a foreign party, the American people should be able to take that into account and assigning whatever weight they want."

"The way it works is that if you are acting in the United States on behalf of a foreign principal, broadly defined to include not only governments but foreign political parties — it could be a foreign corporation, a nonprofit, and you're engaged in certain conduct described as triggering certain activities — you have an obligation within ten days of even entering into an agreement," continued Laufman.

"Do you think Rudy has exposure?" asked Cuomo.

"I think there are legitimate questions to unpack, what he did, under whose knowledge he did it," replied Laufman.

"How easy of a case is that to make?" said Cuomo. "If Rudy says, you're wrong, I'm not representing any of these people, and you're not going to get your hands on them as foreign nationals, how do you make the case?"

"He invited the government to examine his digital devices, for starters," said Laufman. "The government is going to interview witnesses, if they have a grand jury empaneled, they could subpoena bank records, they could issue search warrants for his email records. You begin to develop an evidentiary mosaic through the exercise of all logical investigative steps."

"It's not like Congress, where — you're supposed to obey their subpoenas also, but they don't have the teeth of the DOJ," added Cuomo.

"So now you have those two instances that we've learned about that spur counterintelligence, that means it's not so much about a crime but about national security issues, and then you move over to the people who are indicted for supposedly trying to funnel Russian money into — the accusation is into U.S. elections. Rudy was also being paid for them," said Cuomo. "They seem to have had aligned interests in removing then-ambassador to the Ukraine from the United States. Where does that take you?"

"It seems to call out FARA," said Laufman. "They were charged with campaign finance violations. It's likely the Southern District of New York if they're conducting as broad-based an investigation as the newspapers tell us they are. There's some element of that that includes whether Mr. Giuliani committed a violation of FARA. To commit a criminal violation of FARA, one has to willfully violate the statute, that means you knew you had an obligation to register and willfully failed to do so. That's a higher burden of proof for the government to establish, but that's what investigations are for."