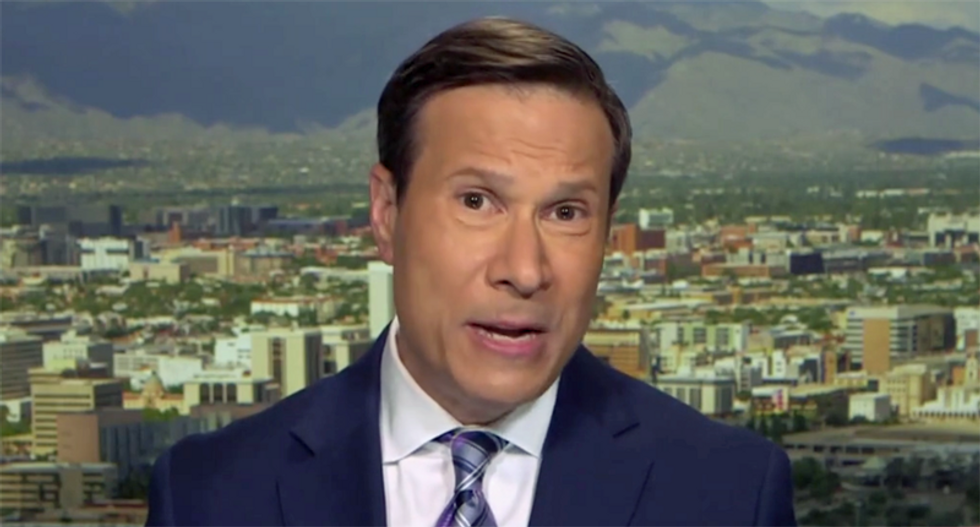 Reports of a second whistleblower against President Donald Trump have the commander-in-chief becoming increasingly unglued, a top former FBI official warned on Monday.

She noted Trump, "has confessed to all of the conduct in question in a transcript that he released and in his own utterances on the White House property."

"Yeah, if indeed reports are accurate, this second whistleblower is going to take the legs out from the argument that this is all hearsay, the whistleblower was not in the room, it’s second-hand. We have somebody who first-hand has heard or participated in the call or the cover-up of the call," Figliuzzi.

"Trump is going to feel increasingly cornered. And I have to tell you, Nicole, we are seeing signs of that cornered mentality here. And it’s getting us into a perilously dangerous situation on the global scene. That’s the Turkish incursion into Syria and Trump’s acquiescence to this," he noted.

"The only other place you’ll see language similar to that is biblical. It’s in scripture. It’s references to the wisdom of Solomon and it’s references to the wisdom of God in scripture. He is increasingly showing signs not just of narcissism but now of a messianic complex, a messiah-like wisdom and knowledge. 'I’m right, everyone else is wrong.' Even those who are experts on Turkish, Kurdish, and Syrian matters," he explained.

"Frank Figliuzzi, you scared me, but I’m glad that we had your insights," Wallace said.