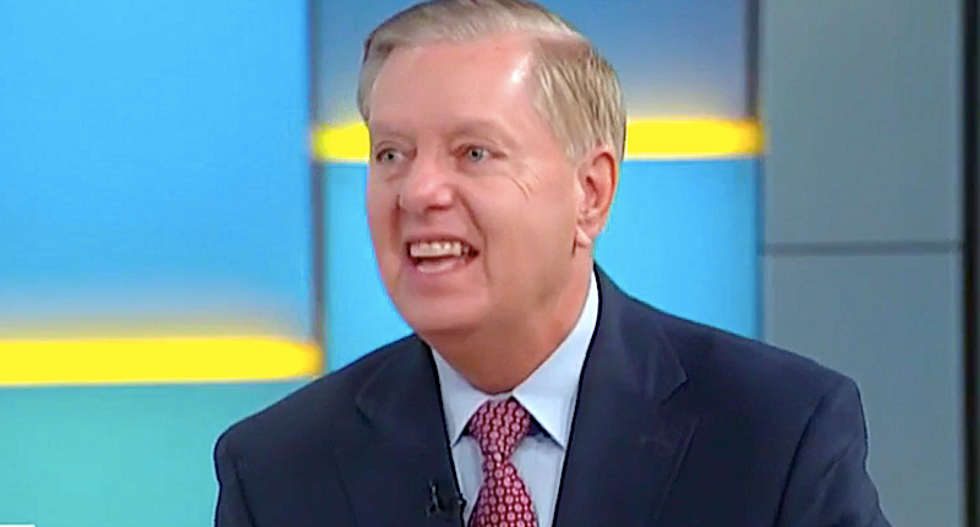 Giuliani, who has been widely ridiculed for his string of bizarre cable news appearances in which he has ranted incoherently about assorted conspiracy theories, has claimed to have uncovered massive corruption involving former Vice President Joe Biden, although he has presented precisely zero evidence to back up his claims.

In a Tuesday morning tweet, Graham said he would invite Giuliani to talk with the Senate about his purported "findings" of his investigation into the Bidens.

"Given the House of Representatives’ behavior, it is time for the Senate to inquire about corruption and other improprieties involving Ukraine," Graham wrote. "Therefore I will offer to Mr. Giuliani the opportunity to come before the Senate Judiciary Committee to inform the committee of his concerns."

@RudyGiuliani Therefore I will offer to Mr. Giuliani the opportunity to come before the Senate Judiciary Committee… https://t.co/0SIVQ0Df3m
— Lindsey Graham (@Lindsey Graham)1570544046.0

Graham's announcement was met with instant derision, as many of his followers pointed out that Giuliani's demented cable news appearances have sapped him of any credibility he might have once enjoyed.

@LindseyGrahamSC @RudyGiuliani The corruption in the White House is far more disturbing. Find your spine and stand up for your country.
— Frank Wears A Mask (@Frank Wears A Mask)1570543975.0

@LindseyGrahamSC @RudyGiuliani “Have heard allegations by @rudyGiuliani “ is your first mistake.
— CJ-Woods (@CJ-Woods)1570544420.0

@LindseyGrahamSC @RudyGiuliani You know he was on the Russian side, right?
— Fred Harding (@Fred Harding)1570544337.0