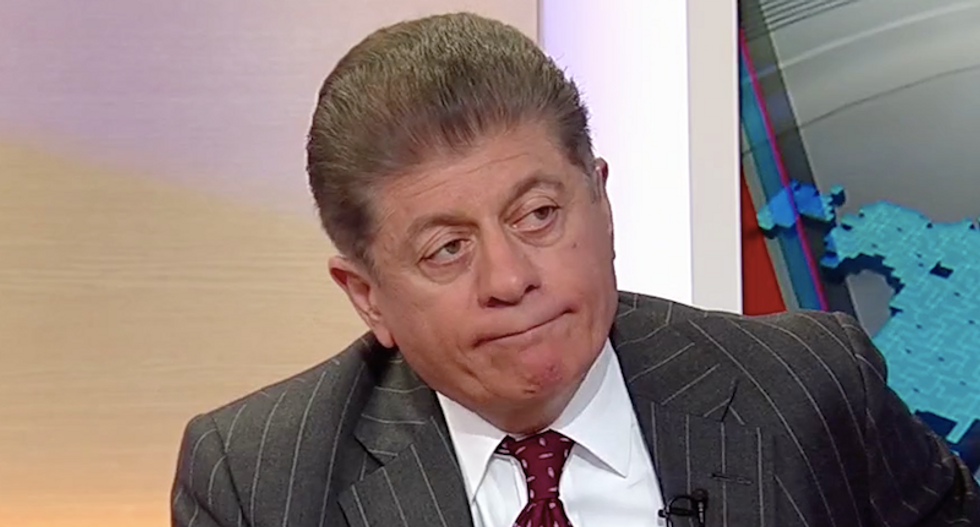 The conservative legal analyst and former New Jersey Superior Court judge lays out evidence in a new column posted on the Fox News website that Trump broke at least three laws as part of the scheme.

"The criminal behavior to which Trump has admitted is much more grave than anything alleged or unearthed by Special Counsel Robert Mueller, and much of what Mueller revealed was impeachable," Napolitano wrote.

He lays out the definitions of federal law prohibiting the solicitation by a political campaign of anything of value from a foreign national or foreign government, along with bribery and witness intimidation.

"The president need not have committed a crime in order to be impeached," Napolitano wrote, "but he needs to have engaged in behavior that threatens the constitutional stability of the United States or the rule of law as we have come to know it."

"Can the president put his own needs and wants above the nation's? In a word: No," Napolitano wrote. "Is violating campaign finance law by involving a foreign government in an American presidential campaign an impeachable offense? Yes, it is."

He said the president doesn't seem to understand the laws he has sworn to uphold, and he argued that impeachment was the only remedy to preserve those laws.

"It was to remedy just such reckless, constitutionally destructive behavior that impeachment was intended," Napolitano wrote.