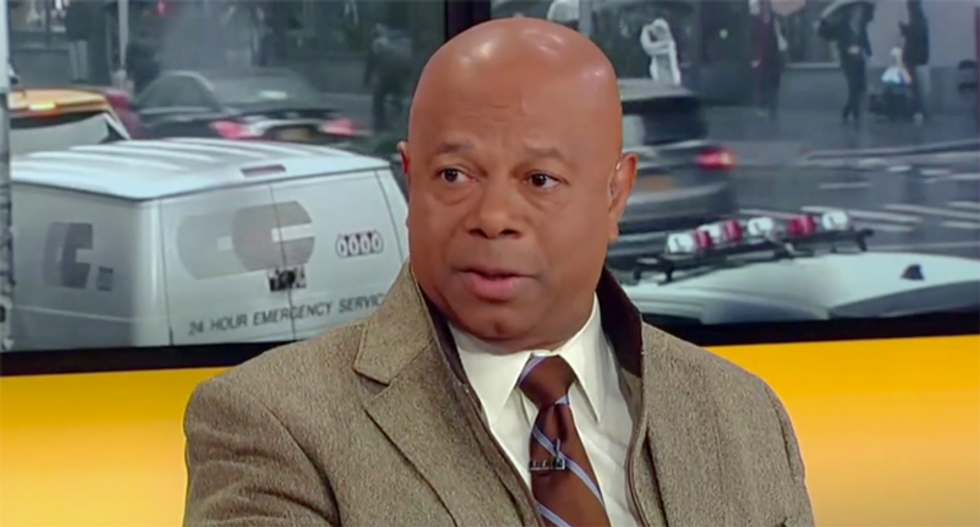 Right-wing radio host David Webb appeared perturbed on Wednesday after getting laughed at on Fox News while attempting to defend President Donald Trump's abrupt withdraw of U.S. troops from Syria.

"If there is a civilian bloodbath, if there is a bloodbath with the Kurds, and what does this mean also for a resurgence of ISIS?" Dagen McDowell asked.

"There is a reason, Dagen, that over the past few days you’ve seen Republicans and Democrats -- almost across the board -- criticizing this," Fox News analyst Marie Harf explained.

"Everyone from Mitch McConnell to Nancy Pelosi -- people who agree on nothing else -- agree this is a very bad move, to abandon our Kurdish allies," she noted. "The way to make the decision is not calling the president of Turkey, who has for decades had so much animosity toward the Kurds, has wanted to move against the Kurds, to call the president of Turkey and make a decision that is abandoning our allies right now."

"I would be curious to see what President Trump does in the face of particularly the Republican criticism from people like Lindsey Graham (R-SC).

"Let me start with -- completely wrong," Webb said. "And how this process played out, and everything Marie just said."

"Number one, this is not just one phone call between the president of the United States and the president of Turkey. There are other parties involved dealing with both sides. That’s one, fact one," Webb claimed.

"I can’t reveal all the sources of this," Webb claimed, which resulted in laughter from the panel.

"You can laugh all you want," he said.

"It’s easy to say that if you don’t have evidence, David," Francis noted.

"There’s a difference between ignorance and fact," Webb argued.