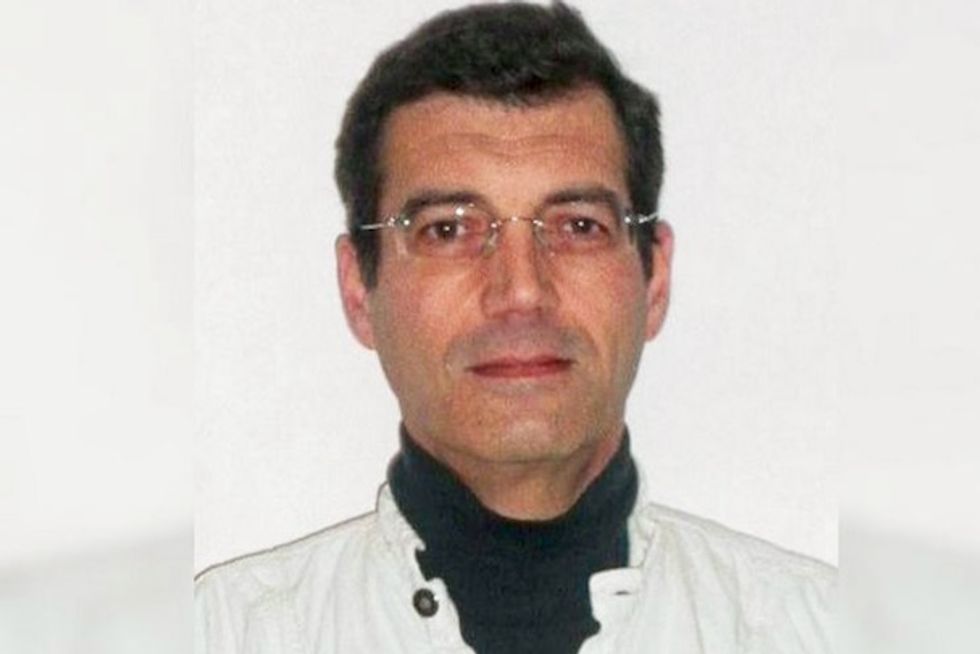 A French man arrested in Scotland is not the murder suspect wanted for killing his wife and four children eight years ago, a source close to the investigation said Saturday.

French judicial sources had said Friday that police at Glasgow airport had arrested Xavier Dupont de Ligonnes, who was subject to an international arrest warrant for the 2011 killings which transfixed France.

But on Saturday, sources close to the probe said a DNA test on the man being held in Scotland was "negative".

The detained man was stopped in Glasgow after arriving on a flight from Paris after an anonymous tip-off, according to French sources close to the investigation.

Sources had said earlier that a fingerprint match had been made.

A police search was carried out on Friday at the arrested man's house in Limay in the western suburbs of Paris.

Neighbours told AFP the house belonged to Guy Joao, a man of Portuguese origin who is married to a Scottish woman.

"It's impossible" it is him said Mario Vieira who lives in the town.

"He was born in Limay, we've been friends for more than 45 years, he was working with me at Renault Flins before retiring four years ago," Vieira added.

Dupont de Ligonnes, 58, is suspected of shooting his family dead and burying them under the terrace of their townhouse in Nantes, western France.

Their bodies were found three weeks after the killings during which time Dupont de Ligonnes reportedly told his teenage children's school he had been transferred to a job in Australia.

He is said to have told friends he was a US secret agent who was being taken into a witness protection programme.

French prosecutors have said he killed all five of his victims in a "methodical execution", shooting them each twice in the head at close range with a weapon fitted with a silencer.

He is believed to have covered them in quicklime and wrapped them in sheets before burying them under concrete.

For years France has been gripped by the question of how Dupont de Ligonnes had disappeared without trace, with some suggesting he may have killed himself. Hundreds of reported sightings only added to the mystery.

In 2015, a letter and photo of two of his sons, signed with his name and the message "I am still alive", was delivered to an AFP journalist but experts could not verify its authenticity.

The alleged killer evaded a police dragnet in the Var region of southern France in January last year after witnesses reported seeing a man resembling him near a monastery.

How did we find ourselves, despite unified government and a mandate of 81 million Biden-Harris votes, with a Congress so paralyzed that it cannot even pass the organizing resolution to put leaders onto committees? How do popular priorities like immigration reform and vote protection remain frozen?

Because the Senate won't end the filibuster—a bit of parliamentary nonsense that gives a minority of senators a veto over most legislative proposals.

Facing growing calls for his resignation or explusion for attempting to overturn the results of the 2020 presidential election, Republican Sen. Josh Hawley on Monday filed an ethics complaint against the seven Democratic senators who filed an ethics complaint against him and fellow GOP Sen. Ted Cruz last week over their roles in inciting the deadly January 6 mob attack on the U.S. Capitol.

Right-wing extremists are exploiting the fragmentation of Donald Trump's political movement to draw the former president's supporters even further into the white nationalist fringe.

As many Trump supporters flee mainstream social media sites for cracking down on hate speech, violent threats and disinformation, they're drawn increasingly into "smaller and smaller rabbit holes" where white nationalists are further radicalizing the former president's base -- especially QAnon conspiracy theorists, reported the Financial Times.