Giuliani's 'brashness and unpredictability' has a growing number of Republicans freaking out: report 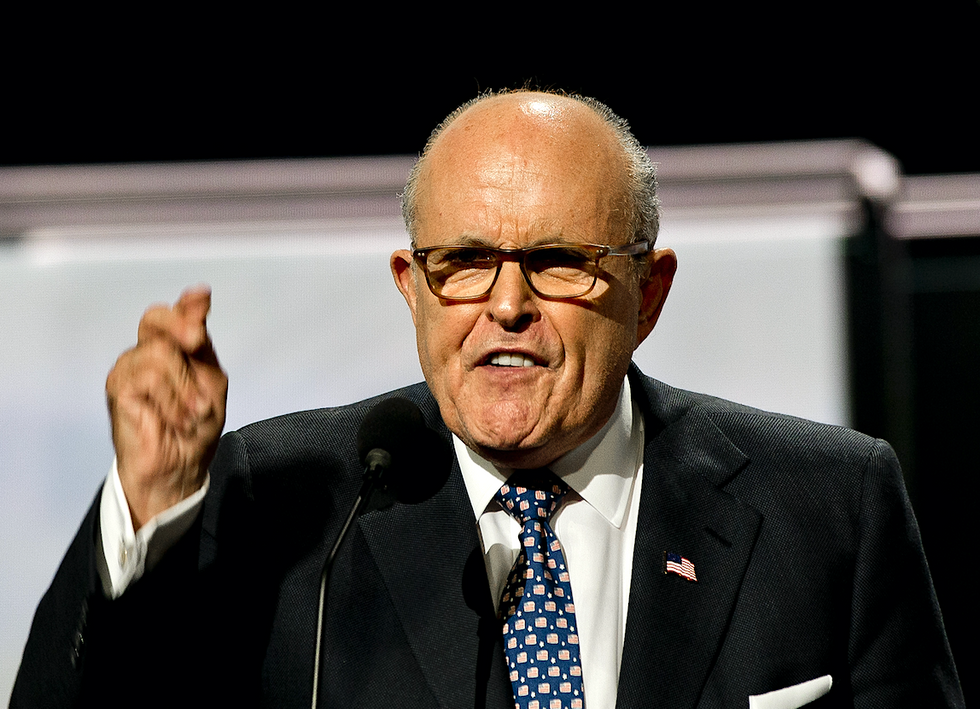 Even though President Trump may seem to have immovable support from most congressional Republicans, some are growing uneasy behind the scenes over the role the Trump's personal lawyer, Rudy Giuliani, played in the White House's alleged attempts to pressure a foreign government into investigating Trump's political rivals, CNN reports.

According to several Republicans "who sit on the key committees," Giuliani's role in the debacle needs to be investigated further.

Speaking to CNN, Rep. Francis Rooney (R-FL) said that in regards to Giuliani, "more things keep coming up in the investigation" and whoever else was involved needs to be looked into.

Another Republican in the House, who was not identified, told CNN that we "have to see what [Giuliani's] involvement is."

...what has come to light had become a source of concern for some Republicans -- namely the effort by Giuliani to pressure the Ukrainians to probe the Bidens and his effort to smear the then-US ambassador to Ukraine, Marie Yovanovitch. Added to that was the revealing testimony from a former top Trump Russia adviser, Fiona Hill, who sources say testified that then-national security adviser John Bolton referred to Giuliani as a "hand grenade" who was going to "blow everyone up."

Some Republicans who are wary of Giuliani say it's not necessarily what he accused of that gives them pause, but "his brashness, his unpredictability and his ability to show up on one cable news show after another without much warning."