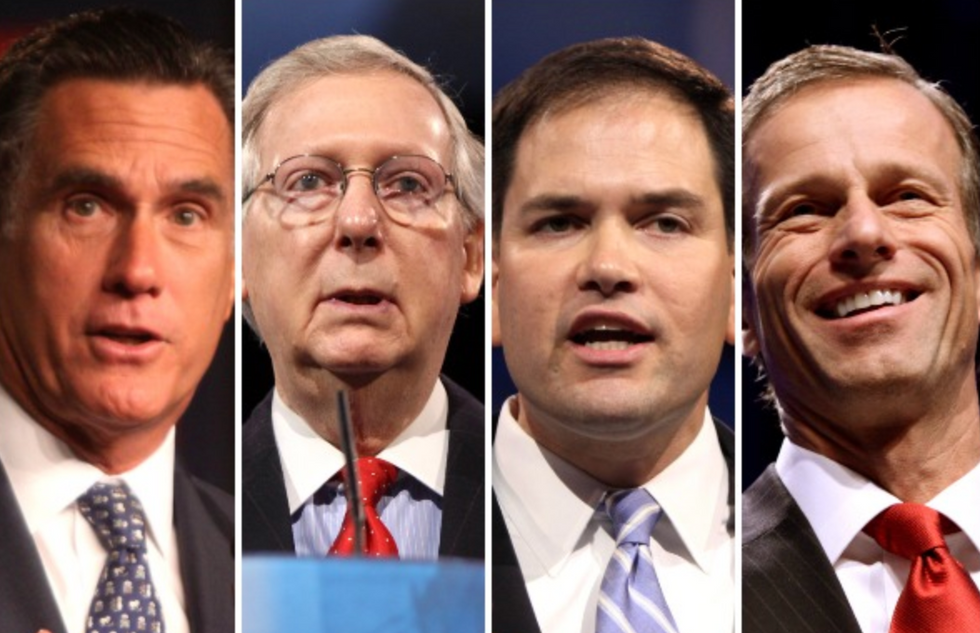 In the wake of President Trump's decision to pull US troops out of northeast Syria, a growing chorus of Senate Republicans are dismissing Trump's threat of economic sanctions against Turkey if it continues its incursion into the region, the Washington Examiner reports.

According to Sen. John Thune (R-SD), attempts to apply meaningful sanctions on Turkey after Trump green lit its invasion are just politicians "grasping to come up with something," adding that the Trump's decision "was a mistake" from the beginning.

Sen. Mitt Romney (R-UT), a frequent critic of the President, also spoke out, saying that sanctions "aren't going to do any good."

“Abandoning [the Kurds] in my opinion, was an enormous strategic mistake and represents one of the darkest days in American foreign policy history," Romney added.

Also criticizing Trump's decision was Sen. Marco Rubio (R-FL), wh0 said that sanctions could actually be a boon to Turkish President Recep Tayyip Erdoğan, framing him as someone willing to stand up to the US.

“I’m sorry that we are where we are,” McConnell said. “I hope that the vice president and the secretary of state can somehow repair the damage.”