‘He literally has no idea what he is saying’: Naval War College professor blasts Trump's incoherent celebration of Turkey deal 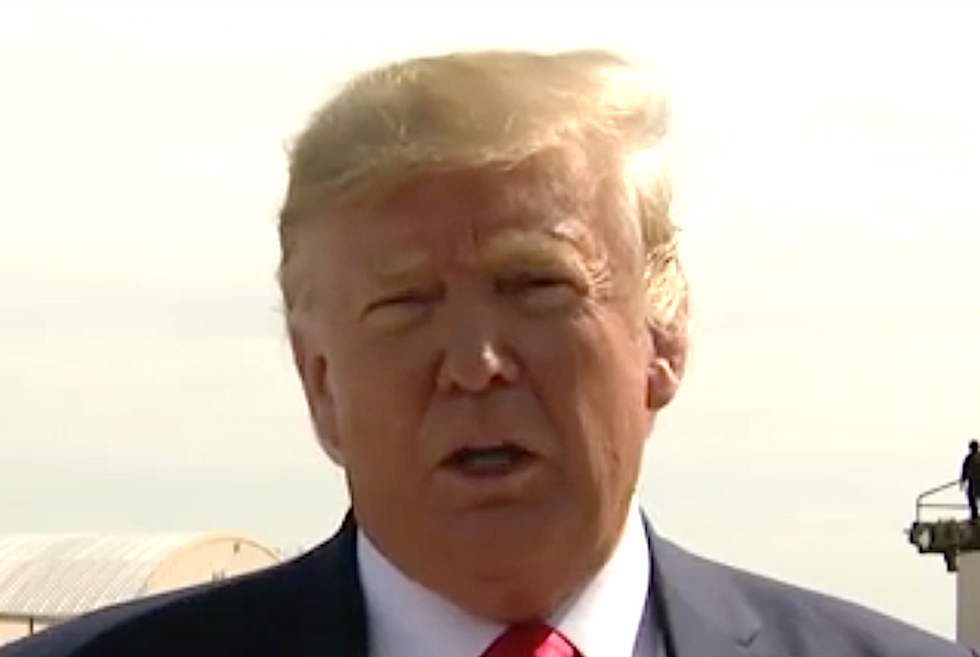 Speaking this afternoon from the tarmac at Naval Air Station Joint Reserve Base in Forth Worth, President Trump praised the US-announced ceasefire in Turkey, calling it an "incredible outcome."

But according to U.S. Naval War College professor Tom Nichols, Trump words are just a "stream of hot crazy."

I am watching the president babbling. “We got everything we ever dreamed of. I want to thank the Kurds. They’re ver… https://t.co/cIja6ZkIih
— Tom Nichols (@Tom Nichols)1571336504.0

"He literally has no idea what he is saying," Nichols tweeted.

According to the Turkish foreign minister, the operation in Syria is currently "paused" and is not a "ceasefire."

A senior US official speaking to CNN says that the deal made with Turkey is "essentially validating" Erdogan's invasion.

"This is essentially the US validating what Turkey did and allowing them to annex a portion of Syria and displace the Kurdish population,” the official said.