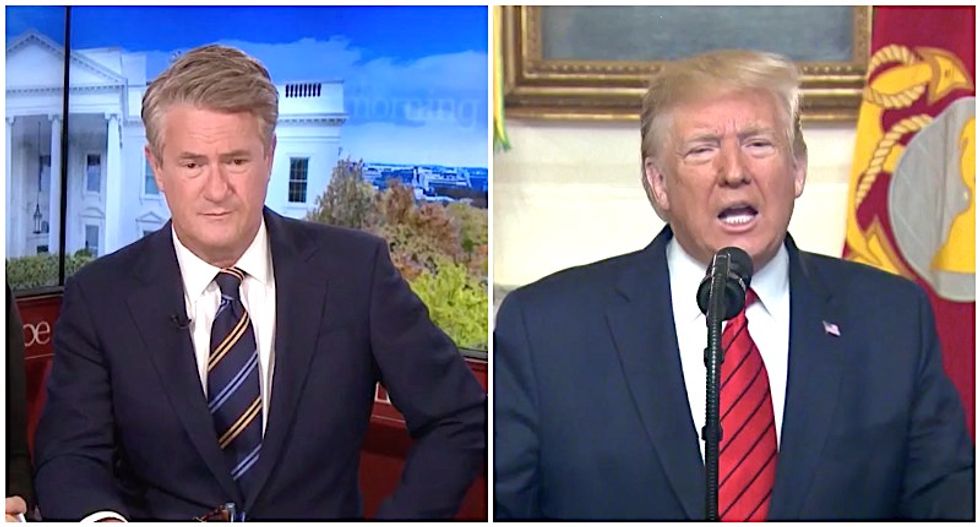 The "Morning Joe" host rolled video showing the remarkable similarities between Trump's announcement and the speech President Barack Obama gave after Osama bin Laden was slain, but the current president then veered off-script to insult and mock the ISIS leader's killing.

Scarborough said the president's insulting speech was a propaganda gift to Islamic radicals.