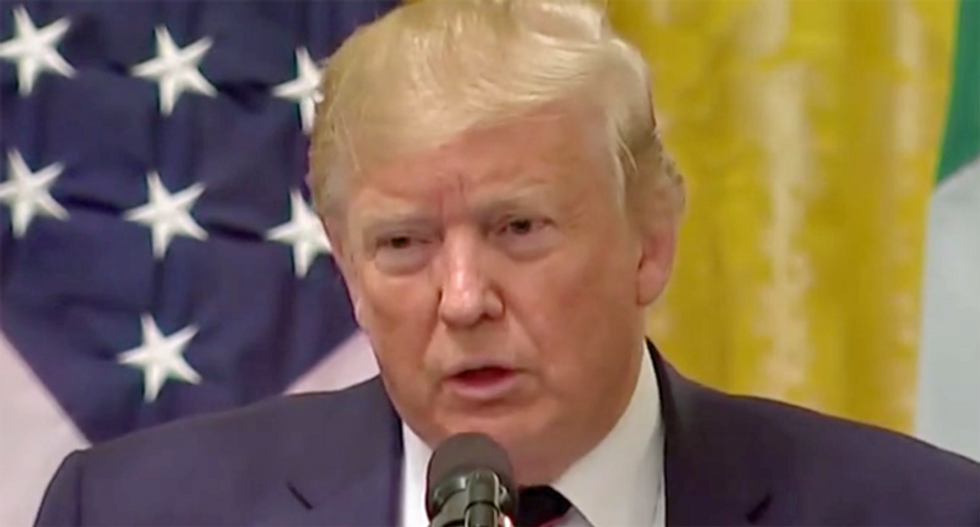 President Donald Trump blamed his reversal on hosting the G7 summit at his Doral golf resort on Democratic critics, but the real reason is exactly the opposite.

An administration official revealed that Trump decided not to host the international event at his struggling Florida club after Republicans objected to the idea, reported the Washington Post.

That official told the newspaper that Trump spoke by telephone to some of his conservative allies, who told the president that Republicans were unable to defend his decision.

The New York Times also reported that moderate Republicans who gathered for a Camp David meeting expressed unease over the Doral summit.

Trump, however, tweeted out complaints over the weekend that "crazed and irrational" Democrats and media reports had forced him to abandon hosting the summit at his privately owned golf resort.