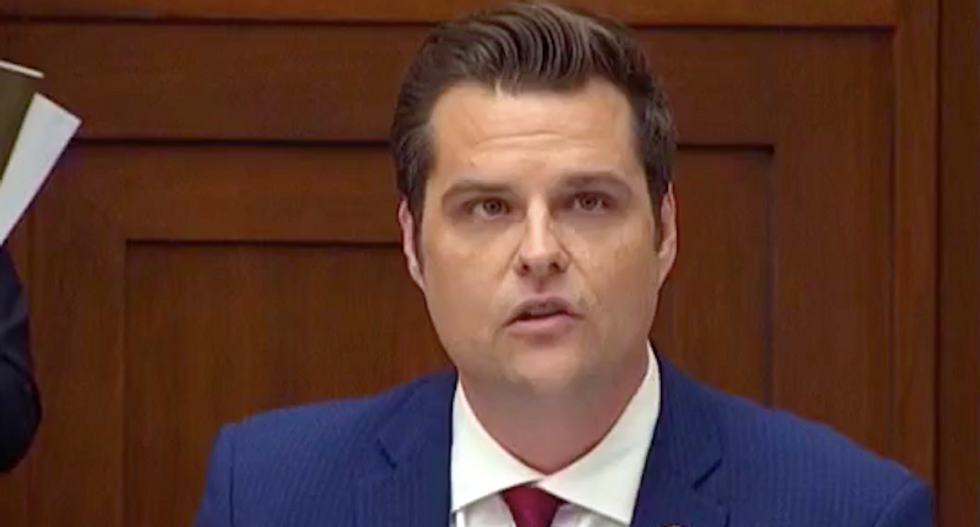 On Wednesday, Rep. Matt Gaetz (R-FL) led a gang of two dozen conservative lawmakers as they barged into a classified evidence meeting in the impeachment proceeding against President Donald Trump.

Gaetz — who is not a member of the Intelligence Committee but has demanded the right to review sensitive evidence as if he is one — received scorn from commenters on social media for his stunt:

So Matt Gaetz is officially setting the agenda for the House GOP and may God have mercy on their rancid souls https://t.co/1JiwaF0GKs
— Fiddler (@Fiddler)1571840065.0

I’m sorry but Louie Gohmert is no longer the dumbest congressman that title has been seized away from him in a blaz… https://t.co/qrgGVo4SoS
— Molly Jong-Fast🏡 (@Molly Jong-Fast🏡)1571840782.0

@sambrodey We know what's going on: The crimes of the Republican president are being exposed. Crimes that Gaetz and… https://t.co/5bEP8kOT59
— Adrienne Cobb (@Adrienne Cobb)1571841146.0