House Dem blows apart GOP complaints on impeachment: ‘Smear and fear — that’s all they have’ 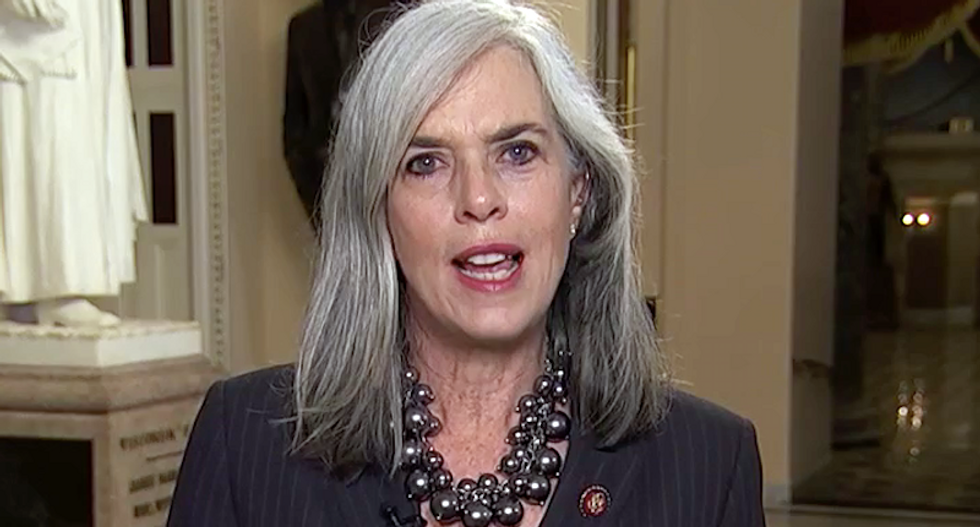 A Democratic lawmaker shut down Republican complaints about the impeachment inquiry as "misleading" and meaningless.

Rep. Katherine Clark (D-MA) appeared Thursday on MSNBC's "Morning Joe" ahead of the House vote on rules for the public phase of the congressional investigation, and she said her GOP colleagues had misrepresented what has happened so far.

"It is really breathtaking to watch my colleagues," Clark said. "They cannot excuse this president's conduct so they're trying to have a conversation around process, and they are misleading the American people when they say this is a secret investigation which they're not involved in."

More than a dozen witnesses have already testified against President Donald Trump in closed-door sessions, which some GOP lawmakers have tried to crash despite not serving on the relevant committees, but Clark said Republicans have been represented at each one.

"If you sit on one of the committees of jurisdiction, which 48 Republicans do, you can be in that room listening to this testimony," Clark said, "and, there is Republican counsel present asking questions on their behalf at every single one of these depositions."

"Now that we are moving into the public phase of this inquiry," she added, "all those process questions are falling by the wayside, and I'm afraid what we're going to see is the playbook of this White House and Republicans of smear and fear coming back into play because it's all they have."