'Idiot' Trump scorched for congratulating China on adoption of communism 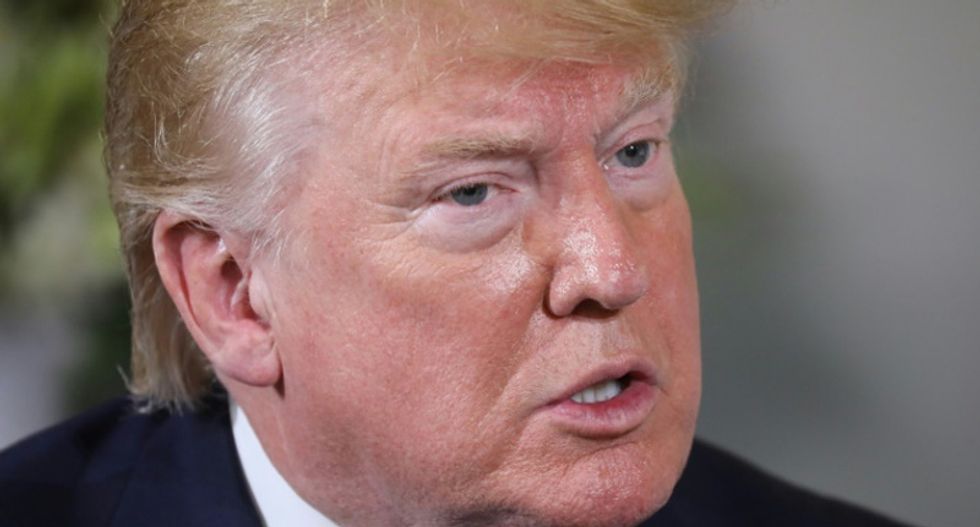 President Donald Trump has repeatedly embarrassed the United States, upended decades of foreign policy, and wholly embraced the core aspects of our enemies. He just did it again.

In a Tuesday morning tweet Trump congratulated China’s President Xi Jinping “and the Chinese people on the 70th Anniversary of the People’s Republic of China!”

Congratulations to President Xi and the Chinese people on the 70th Anniversary of the People’s Republic of China!
— Donald J. Trump (@Donald J. Trump)1569927266.0

The People’s Republic of China is governed by the Communist Party of China. Trump just congratulated its president for 70 years of communism.

Trump is also wrong. Today is the 70th anniversary of the proclamation of the People’s Republic of China – the result of the Chinese Communist Revolution, which was led by the Communist Party of China.

The President of the United States is literally praising an authoritarian dictator who tortures and murders his own citizens and squelches freedom, and the grotesque political system that allows it.

Have other presidents congratulated the birth of the Communist Party regime in China? https://t.co/MxCMsTRCLY
— Ben White (@Ben White)1569927739.0

Disgusting. Stomach-turning. The Communist dictatorship in China is one of the most illiberal regimes of our time:… https://t.co/StZi73mWdX
— Jay Nordlinger (@Jay Nordlinger)1569932233.0

This is truly outrageous. POTUS congratulates the president of China on the communist revolution that killed at lea… https://t.co/SaWykG2CcN
— Anders Åslund (@Anders Åslund)1569929450.0

@realDonaldTrump When you congratulate the CCP, please also say something to the slaves who have been ruled by the CCP for 70 years!
— 心是莲花 (@心是莲花)1569928129.0