If Trump gets impeached, don’t thank the US founders and their elitist constitution 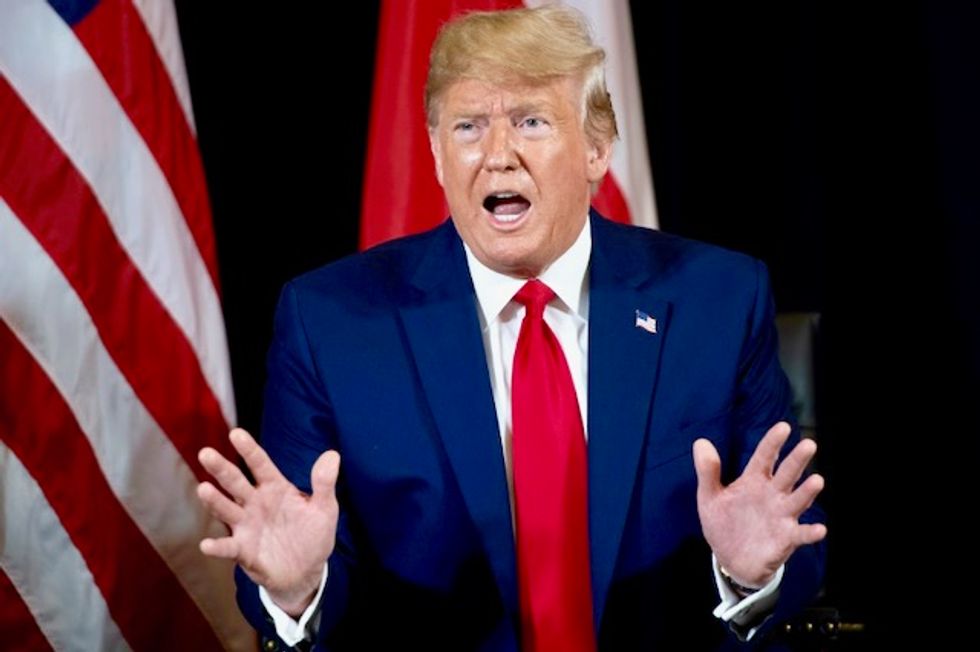 Recent testimony from American diplomat William Taylor adds to a growing pile of evidence that U.S. President Donald Trump allegedly altered American policy towards Ukraine for his personal benefit. An increasing number of people see that as an impeachable offence according to the “High Crimes and Misdemeanors” clause of the U.S. Constitution.

The constitution also spells out what happens next.

First, the House of Representatives draws up articles of impeachment that can pass by simple majority. Then the Senate sits as a special court to consider those articles, removing the president from office if two-thirds of the members vote to convict.

Both House Speaker Nancy Pelosi and her Republican counterpart in the Senate, Mitch McConnell, have pledged to follow the script laid out by the American founders in 1787.

Indeed, the wisdom of the founders and the authority of their document is about the only thing that liberals and conservatives seem to agree upon these days. The general consensus is that the 39 signatories of the constitution still know best for Americans like me, and that we should therefore trust them to save the republic they devised 232 years ago.

But while no one can deny that the founders were brilliant political architects, no one should mistake them for champions of democracy in any modern sense, either.

In fact, they were profoundly elitist and deeply concerned about the powers that ordinary people had seized during the American Revolution. They were especially horrified by efforts to protect debtors from creditors during a severe depression in the 1780s.

This is why the constitution bars individual states from “impairing the Obligation of Contracts.” This is why it empowers the Electoral College, not the voters, to select the U.S. president, who can then appoint unpopular judges for life terms.

And this is why the original constitution called for state legislatures, not voters, to choose members of the U.S. Senate, the only body that can actually end a presidency.

If the U.S. Senate considers that option with Trump, it is not because of the founders’ commitment to democracy, but in spite of their elitist design.

The courts and the Senate against the people

After a bitter fight over ratification, the U.S. Constitution took effect in 1789. It worked as planned. Federal judges struck down pro-debtor laws while electors from the various states chose the presidents. The Senate in particular emerged as a bastion of the wealthy and powerful. In the early 1800s, it was the stronghold of southern slave-holders.

Even after the Civil War, the Senate blocked progress in the name of order. In 1868, the House of Representatives voted to impeach President Andrew Johnson, who had stymied efforts to remake the confederacy and to protect former slaves from Klansmen and other terrorists. But the senators narrowly refused to convict; that year, Johnson’s Democratic Party ran on the motto: “This is a White Man’s Country; Let White Men Rule.”

Nonetheless, the U.S. became more democratic in the late 1800s and early 1900s thanks to a motley crew of labour activists, agrarian radicals and bourgeois reformers. A new People’s Party called for the direct election of U.S. senators, resulting in the Seventeenth Amendment of 1913. The upper chamber remained a stuffy “millionaire’s club,” but its members at least had to face the voters every six years.

Which brings us back to Trump, who only became president due to the Electoral College and whose legacy will last for generations because of the many right-wing judges he has appointed to federal courts. (Thanks a lot, founders.)

Why is Trump in trouble?

From the day he took office, Trump has arguably violated a number of federal laws and constitutional rules. So long as he followed conservative dogma on taxes and regulations and remained popular with rural, southern and evangelical whites, however, the senators were as likely to consider impeachment as the president was to embrace the #MeToo movement.

But now, Trump’s base is wavering. His massive tax cut for the wealthy did nothing for anyone else, and his dirty war on Obamacare is hurting rural, GOP-leaning communities. Above all, his recent decision to pull U.S. troops out of Syria appalled evangelicals, who now worry that Russia and Iran will gain strength in the Holy Land.

Even hardcore Republicans can feel the wind shift. Longtime lackey Lindsey Graham of South Carolina, for example, threatened to become the president’s “worst nightmare” in an interview with the Christian Broadcasting Network. Trump responded in typical alpha dog style (“I’m the boss”), and Graham is now whining that the impeachment inquiry is in fact a “lynching,” a term historically used to describe white terrorism against Black citizens.

If Trump’s support continues to fade, however, more senators will break from him. They’ll turn on the president because their voters are beginning to do so. At the very least, they will give any articles of impeachment that may come out of the House of Representatives a real hearing.

In other words, Trump may finally go down because the U.S. government — for all its many faults — is more responsive to popular opinion than the founders wanted it to be.