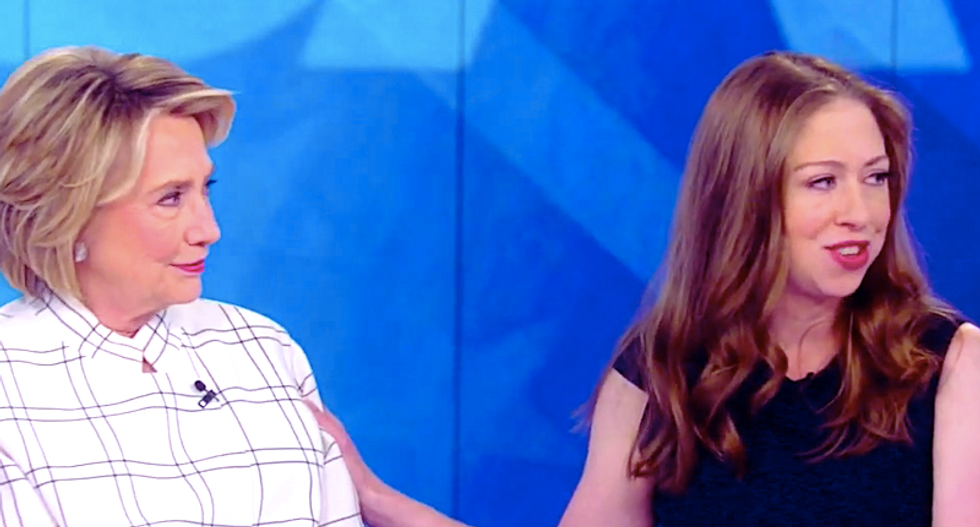 Trump has dispatched Attorney General William Barr and other top government officials on round-the-world trips seeking more evidence that would implicate Hillary Clinton in the start of the Russia investigation that has dogged his presidency, and the mother-daughter pair told ABC's "The View" he was clearly unwell.

"His whole life has been a scam," Chelsea Clinton told the show's panelists.

Hillary Clinton said the president's focus on her, and his efforts to undermine the Russia probe, are a subconscious confession of guilt in a Russian scheme to tip the election she lost.

"He's obsessed with the fact he was helped a lot," Hillary Clinton said. "He accuses other people of doing what he does."

The former senator and secretary of state said she never fully understood the psychology of projection until she saw her former presidential rival try to justify his election win.