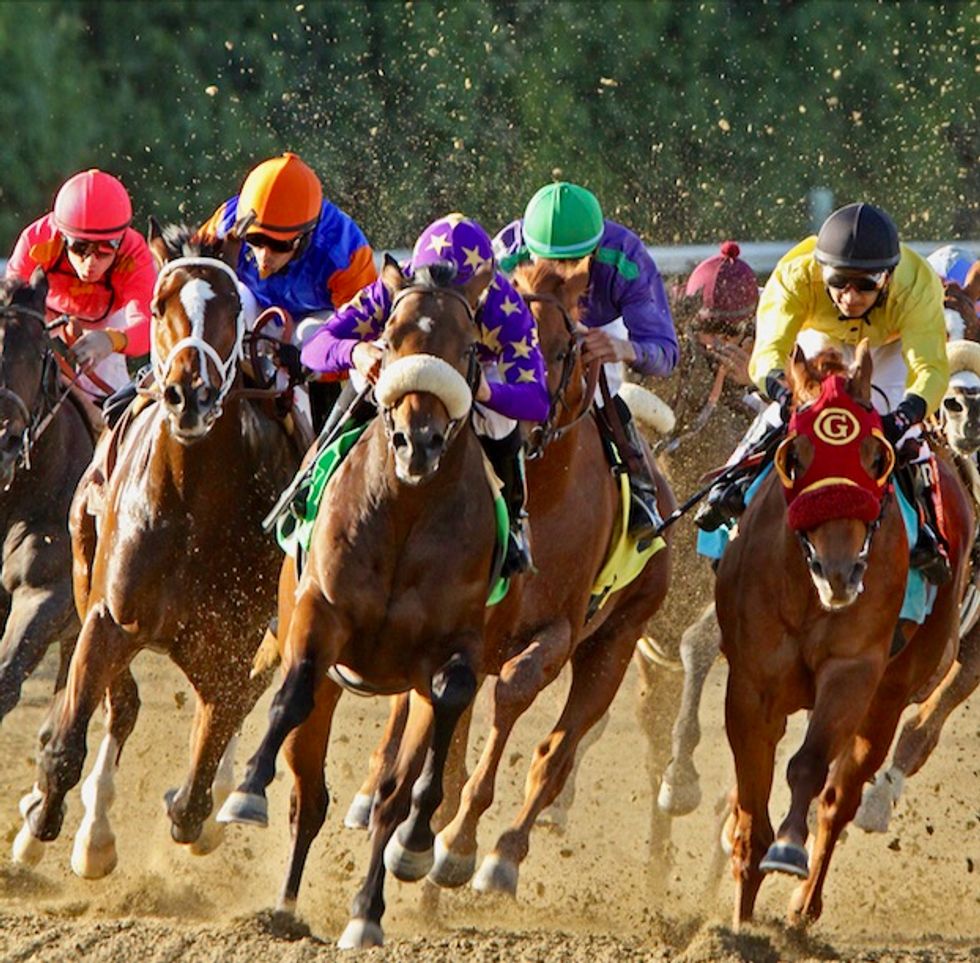 Thousands of retired Australian racehorses are being secretly killed on an "industrial scale", with their meat shipped abroad for human and pet consumption, an investigation has revealed.

Horse racing is a popular and lucrative business in Australia, with the revelations coming on the eve of the world's richest turf race, The Everest in Sydney, and just weeks ahead of the prestigious Melbourne Cup.

While the slaughter of racehorses is not illegal in Australia, a two-year undercover probe by the Australian Broadcasting Corporation unveiled Thursday alleged the practice was far more widespread than acknowledged.

According to the broadcaster, around 8,500 horses are retired from the track each year.

The industry insists less than one percent end up in an abattoir or knackery, with some states, including New South Wales, requiring all retired racehorses be rehomed.

But Paul McGreevy, a professor of animal behaviour and welfare science at the University of Sydney who has been studying thoroughbreds for 25 years, said around 4,000 horses "disappeared" each year.

"We're talking about destroying animals on an industrial scale," he said.

"We're seeing animals suffering. I don't think anyone in the industry can defend this."

The Coalition for the Protection of Racehorses said they had been monitoring one abattoir north of Brisbane for two years and claimed it slaughtered 500 horses a month.

"(The meat) goes to various countries in Europe, it goes to Japan, and Russia's a big importer as well," added Celotto.

The ABC said it forensically cross-matched horses slaughtered there, using microchips and brandings, to the industry's official online record of thoroughbreds, the Australian Stud Book.

It revealed around 300 racehorses, with combined prize money of almost Aus$5 million (US$3.4 million), went through the abattoir in just 22 days.

Queensland state Racing Minister Stirling Hinchliffe said the allegations were shocking and inspectors had been sent to the facility Friday.

"The mistreatment of animals is abhorrent. Claims of animal cruelty will be investigated," he tweeted, amid reports that authorities had received five complaints about the abattoir over the past 19 months.

AFP / PAUL CROCK The investigation came to light just days ahead of the world's richest turf race, The Everest in Sydney, and the annual Melbourne Cup next month

"Equine welfare is a non-negotiable for the Australian racing industry and the goal of ensuring a home for every healthy thoroughbred as it exits the racing industry must remain a priority for all," he said.

Five-time Melbourne Cup-winning trainer Lee Freedman was also outraged, tweeting that he was "broken-hearted", adding that "if we don't make real changes the court of public opinion will bury racing".

Currently, when thoroughbred horses retire their owners must inform Racing Australia of their plans for the animal.

But the sport's peak body said in a statement that any subsequent change of ownership once it left the industry could not be legally tracked.

To counter this, it is backing a National Horse Traceability Register, which is currently being considered by the national government.