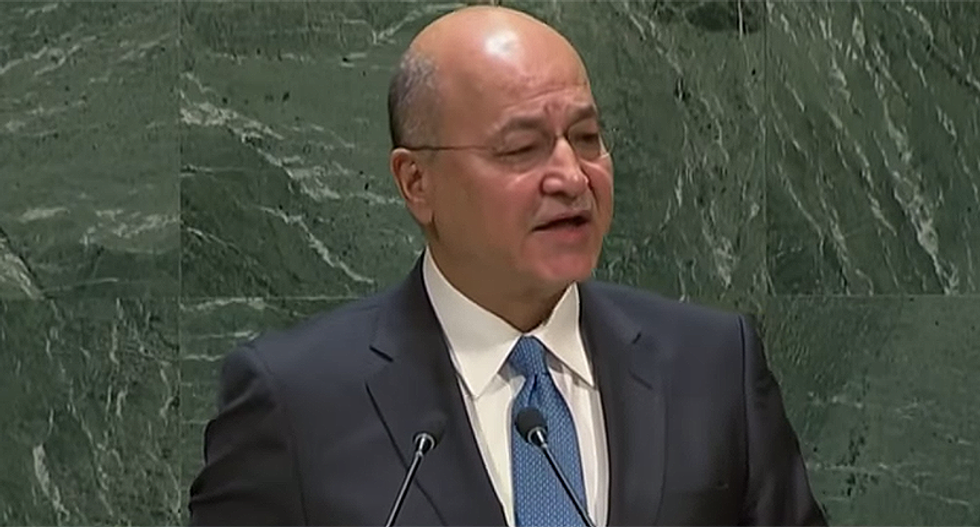 Iraqi President Barham Salih is concerned that the United States can no longer be relied on.

In an interview with Axios, done prior to the death of Abu Bakr al-Baghdadi, Salih said that he anticipates Iraq will work to "recalibrate" relationship with other countries, including Iran and Russia, Axios reported.

President Donald Trump announced that he was abandoning Kurdish allies in North Syria just weeks ago. It has prompted a crisis on the Turkey-Syria border and other allies to fear that Trump may abandon them as well.

"Of course, many actors in this neighborhood," Salih said. "I'm not one of those, again, who goes and [says] to the Americans or the Russians, 'if you are not doing this for me, I'm gonna go the other way round.' [But] we need to think of our own priorities, and I've been very clear about it."

He went on to say that he was concerned about what is happening in Syria with the Kurdish people.

"I'm worried about ethnic cleansing. And this has been the history, tragic history of the Kurdish people and this [is] dangerous and tragic. The humanitarian cost is just awful," he said.

Read the full piece from Axios.