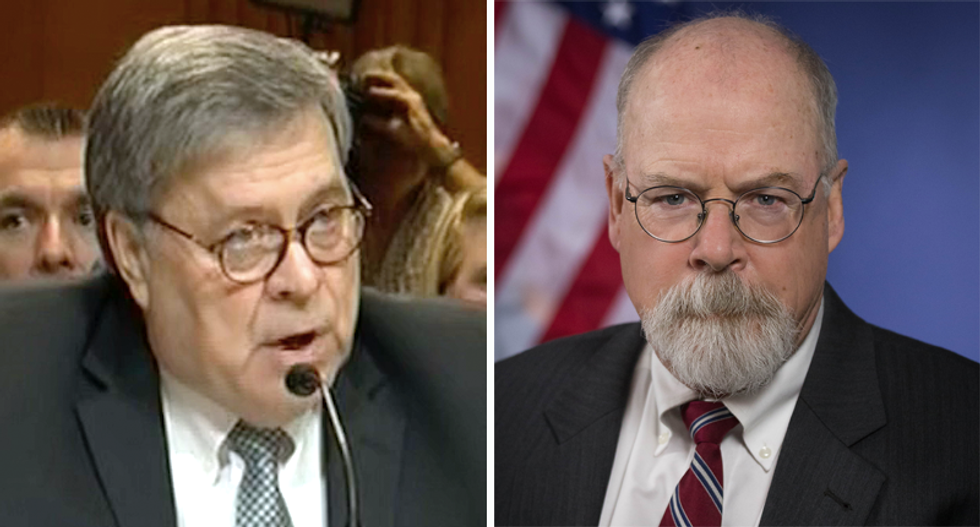 U.S. Attorney John Durham was tasked by Attorney General Bill Barr to "investigate the investigators" involved in special counsel Robert Mueller's report. But Barr flew Durham along with Secretary of State Mike Pompeo and right-wing activist Sebastian Gorka to Italy to uncover evidence to justify their theory that multiple countries worked to set up President Donald Trump for collusion with Russia.

As The Washington Post reported, a European professor met with a top Trump advisor during the 2016 campaign and Barr wanted to get to the bottom of the professor's impact on the Mueller investigation. The investigation into Mueller's investigation was supposed to be run by independent U.S. Attorney Durham. But it seems Barr has taken hold of the investigation using the resources of the Department of Justice.

“It just seems like they’re doing everything they can to delegitimize the origins of that investigation,” one source involved in Muller's investigation told The Post. “I just don’t think there’s any real basis to disparage it.”

Barr has been one of Trump's greatest allies, as he released an inaccurate summary of the Mueller report and lied about the findings. Nevertheless, he managed to change the political narrative to cause public confusion about the truth in Mueller's findings.

“He’s not a conspiracy theorist. He’s a realist,” said Barr friend George Terwilliger. “And I’m confident that if he has a concern that justifies his personal involvement, it’s based on fact, not conjecture.”