It’s time to unmask the fraud in the Oval Office 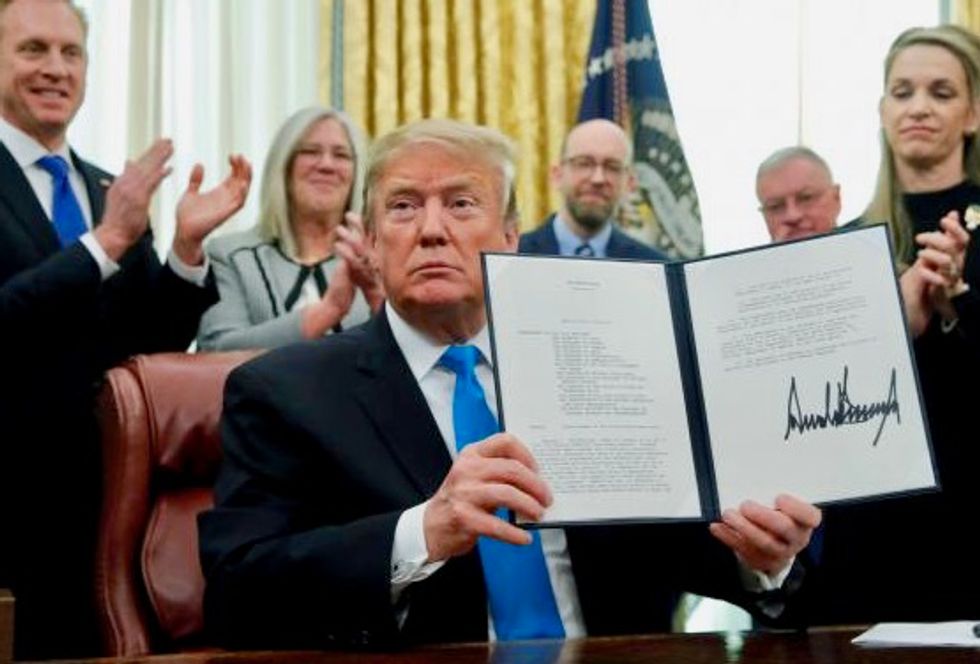 Indictments now point to a vast criminal conspiracy involving the personal lawyer of the sitting U.S. president and *45 to rig the 2020 election. I refer to Mr. Donald J. Trump as *45 to deny the legitimacy of his holding his office. Now, judicial fact-finding strengthens the existing public record of his illegitimacy. The song ("I Fought the Law") reflects the adage that the law always wins. If it wins in this instance then we may claim that the rule of law still works. If not, then we are beyond a constitutional crisis into a plummet to tyranny.

The indictment of Rudy Giuliani’s associates for campaign finance violations should bolster the impeachment of *45. Giuliani himself is now reportedly in the crosshairs of federal prosecutors in Manhattan for violating lobbying laws in his Ukraine work. Yes, impeachment is a political process but the law may make resistance to impeachment untenable. Richard Nixon resigned when Republican senators told him they could no longer support him. Then, it was the tapes and transcripts which tipped the scales. Now, it may be legal fact-finding: for it is harder for senators to say "fake law" than "fake news." The rules of evidence and procedure exist for good reason.

An obstacle is that Igor Parnas and Lev Fruman are represented by Trump lawyer John Dowd (who most recently represented Trump in Robert Mueller’s Russian election interference investigation), making it more likely that they will shield their boss. Perhaps we should crowdsource independent counsel for them? The criminality of *45 is evident. Like the mobster he has long-been, *45 will seek to bribe and intimidate those who can harm him. Obstruction of justice is his brand. But his disloyalty to those who serve him may lead the rats to scurry to curry favor with prosecutors.

His big mouth and disloyalty make *45 a bad mobster. This should help prosecutors do their work, as they did with Michael Cohen and other Trump servant felons. Yes, we may see the law as a tool of the powerful, and it often is, but the law may also be the means to finally hold *45 accountable and to remove him from the office he never rightfully earned. Law as karma? The right’s disinformation machinery and stacked judiciary are major obstacles to a just outcome.

It’s time to unmask the fraud in the oval office. Pay attention to the legal findings; they help to distinguish facts from lies, and proof from propaganda. The evidence is all there, we just need to use it. Politically, investigate it all, to expose the rot of it all. Why blindfold ourselves? The law can enhance the politics.

William A. Cohn is a member of the California Bar and the author of “How Free is Free Speech?” He lectures on law, ethics and critical thinking at the University of New York in Prague and is a visiting professor of jurisprudence at New York University.